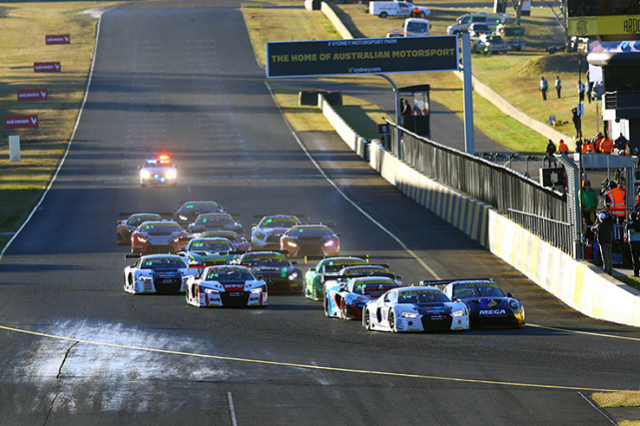 A deal for Supercars to take over the management Australian GT won’t happen next season after failing to receive approval from the Confederation of Australian Motor Sport (CAMS).

As reported this week the proposed arrangement had stalled with CAMS unable to agree to the move that would see Supercars take over the category management agreement of the Tony Quinn-owned series.

Supercars were expected to take full ownership of the category within the next five years following the completion of the deal.

CAMS confirmed to Speedcafe.com earlier this week that it required more information from Supercars regarding the proposed deal.

It is understood Supercars delivered further information to the organisation on two occasions but it was not deemed to meet CAMS’ requirements.

Confirmation that the deal is off for next year arrived today with a note sent to teams by Australian GT category manager Ken Collier.

Collier has confirmed that a 2018 calendar is expected to be announced prior to next weekend’s race at Hampton Downs, while the formation of an Australian GT Competitors Commission will still go ahead.

“As you are already aware, the proposed AGT – Supercars joint venture and transition of ownership from AGT to Supercars has been under negotiation since the presentations to teams on September 5th,” read the note to teams.

“The JV has always been subject to the approval by CAMS.

“The terms and conditions as sought by Supercars, AGT and CAMS have not been agreed to. As a result, the JV proposal will not go ahead in 2018.

“Both AGT and Supercars have committed to continue to work together regarding AGT events and the Bathurst 12 Hour.

“The current ownership of AGT and the CAMS Category Management Agreements will remain in place.

“The recently proposed AGT Competitors Commission with representation from the teams and AGT will be established but obviously without Supercar members.

“I will represent AGT and I am inviting CAMS to have a representative also.

“I will announce the 2018 calendar prior to our next event at Hampton Downs NZ.”

Supercars CEO James Warburton says competitors are upset by the decision but affirmed that support will be given to Australian GT in the future.

“There is such overwhelming support from the competitors and they are very disappointed that CAMS didn’t approve it,” Warburton told Speedcafe.com.

“It is what it is. I personally really feel for Tony (Quinn) and now we will do everything we can to support him from 2018 and beyond.”

CAMS is expected to release a statement clarifying its position on the matter later this evening.