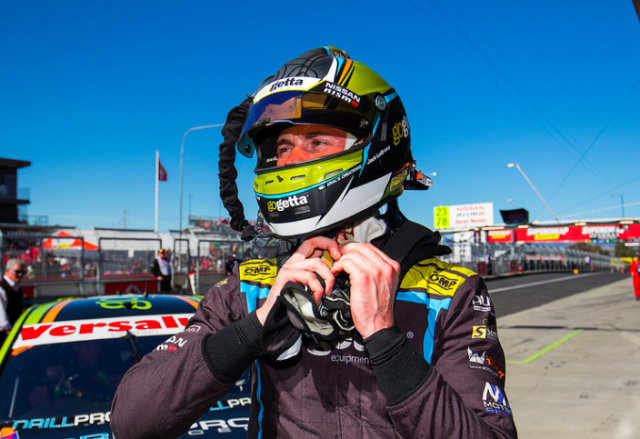 Jack Le Brocq says he would be ready to step up to the main game should a full-time Supercars drive become available next season.

The Dunlop Super2 Series driver is understood to be in contention to join the grid having been linked to several potentially vacant drives for 2018.

Le Brocq has finished in the top three during the last two seasons in the Dunlop Super2 Series and is currently third in this year’s standings.

The 25-year-old has landed co-drives in each of the last three Pirtek Enduro Cup campaigns, and this year has seen him partner Todd Kelly at Nissan Motorsport.

Le Brocq has been linked to drives at Nissan Motorsport, Tekno Autosports and Erebus Motorsport as the silly season swings into motion.

While eager to move to Supercars, the Melbourne driver says his plans for next season are far from certain at this stage.

“We are just going through motions, the aim is to be here full-time next year in some shape or form,” Le Brocq told Speedcafe.com.

“There is a lot of movement going on at the moment.

“I won’t get excited until its done and sorted but fingers crossed it all comes together, but you never know in this sport.

“There are a lot of guys out there that want the same seat, so just like any other year we have got to make sure we do the best job on and off the track.

“I think I’m ready to make that leap.

“Last year was a bit touch and go as I had a lot to learn but this year has taught me a lot.

“We have shown we have good speed, but we have had to do a bit better job out on track in the races.

It has been suggested Le Brocq could take over #7 Nissan Altima of Todd Kelly, but the latter has confirmed to Speedcafe.com that he expects to continue to pilot the entry next year.

Kelly and Le Brocq will team up once again for this weekend’s Vodafone Gold Coast 600, which will act as the final round of the Pirtek Enduro Cup.