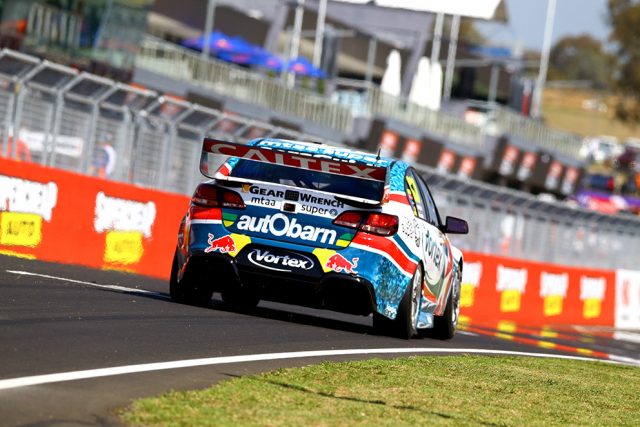 Autobarn will be more prominent on car #888 next year

The automotive retailer will step up to title sponsorship as a replacement for Caltex, having held a minor role since 2013.

Autobarn’s deal is for two years, matching the length of Lowndes’ new contract, with an option for a further two.

“It’s fantastic to extend the team’s very successful partnership with Autobarn, as well as my own personal relationship with them, which began over 15 years ago,” said Lowndes.

“I am grateful of Autobarn’s support over these many years and that they’ve now chosen to take an even stronger position going forward. It has always been a relationship that I have valued highly.

“I’m pretty excited to roll out a totally new look and I’m looking forward to sharing it with fans early next year.”

The fuel retailer and refiner will stay on as a minor sponsor at least until the end of 2019.

Lowndes is currently seventh in the Virgin Australia Supercars Championship, which continues with the Vodafone Gold Coast 600 from tomorrow.