Livery change for Caruso at the Gold Coast 600

Livery change for Caruso at the Gold Coast 600 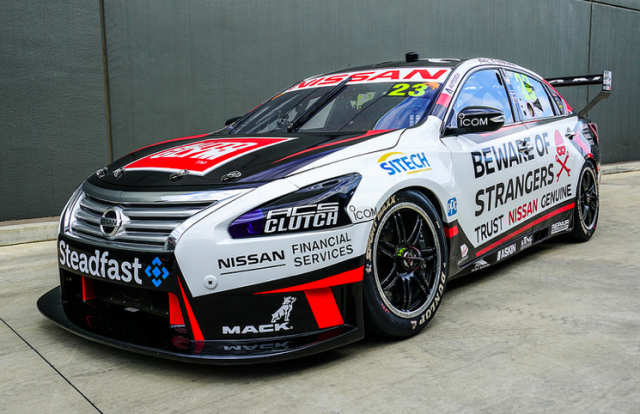 Nissan Motorsport has taken the covers off a new livery for Michael Caruso and Dean Fiore at the Vodafone Gold Coast 600 this weekend.

The #23 Altima will once again adopt the ‘Beware of Strangers’ genuine parts advertising campaign livery, which it showcased at last year’s Sydney 500 season finale.

Having run under the colours of Big4 Holiday Parks at Bathurst, Caruso and Fiore’s Nissan will run a striking back, white and red colour scheme for the final round of the Pirtek Enduro Cup.

“Nissan is committed to producing genuine parts and accessories that are designed and developed specifically for Nissan vehicles,” said Caruso.

“It can be hard to tell the difference between non genuine parts from the real thing, so I hope this campaign – and the livery of my car this weekend – helps educate the public about the importance of genuine parts.”

Caruso and Fiore head to the Gold Coast off the back of a sixth place finish at the Bathurst 1000.