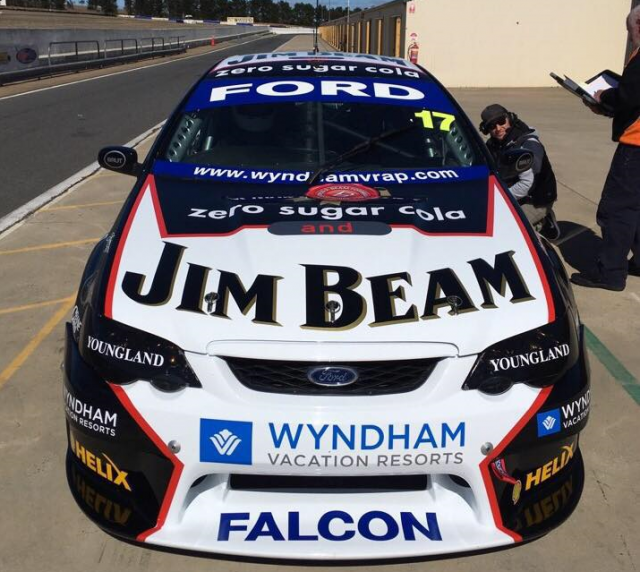 The Falcon which Steven Johnson and Will Davison drove to third position in the 2007 Bathurst 1000 will make its Kumho V8 Touring Car Series debut at Sydney Motorsport Park. 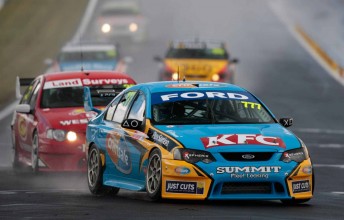 DJR 016 was built by Dick Johnson Racing as a BA Falcon in 2004 and ran in BF specification when Steven Johnson led during the hectic latter stages of the 2007 edition of The Great Race.

Jason Foley will race the car at the final round of the season, which takes place at Muscle Car Masters, having bought it earlier this year.

The car will run in its late-2007 livery, including for that Supercheap Auto Bathurst 1000, having been restored to the black and white Jim Beam Racing look in 2012.

In the intervening period, DJR 016 was taken to race wins in the 2009 Super2 Series by Grant Denyer, at Winton and Townsville.

The 2017 V8 Touring Car Series will wrap up with three races across the weekend of October 27-29.