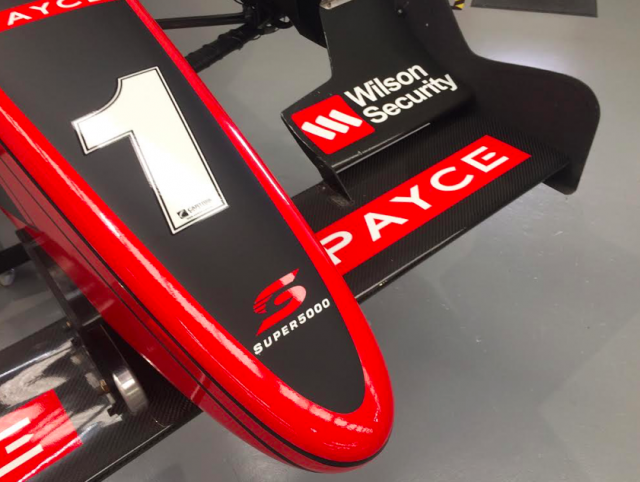 A sneak peak of the new look Formula Thunder 5000 car

The former Formula Thunder 5000 chassis will sport some modifications when it lines up alongside the Oscar Fiorinotto designed original Super5000 car for laps of the Surfers Paradise street circuit.

Three-time Australian Formula 3 series winner Tim Macrow will drive the car, while Leanne Tander is expected to pilot the other Super5000 single-seater.

The Super5000 project, to be run by Supercars, is yet to establish its final technical package for next year.

“It’s all part of the behind-the-scenes technical evaluation which has been going on since the merger,” said Lambden.

“There was always a discussion re ‘old-style versus modern’ as far as the airbox went, so we’ve created something to have a look at. Personally, I think it looks pretty cool  – a bit Indycar-like.

“The weekend should provide further feedback as the process to determine the make-up of the car heads toward some conclusion.

“To date, the discussion has been primarily technical – this should help to give some indication as to what the fans think.

“This is the first time the two cars have been on-track at the same time, and I hope it will give people some indication of how it might be when 16-plus of them shake the ground at the same time.”

The new look chassis will be revealed later this week.

The car is set to be driven by rising Australian star Thomas Randle.