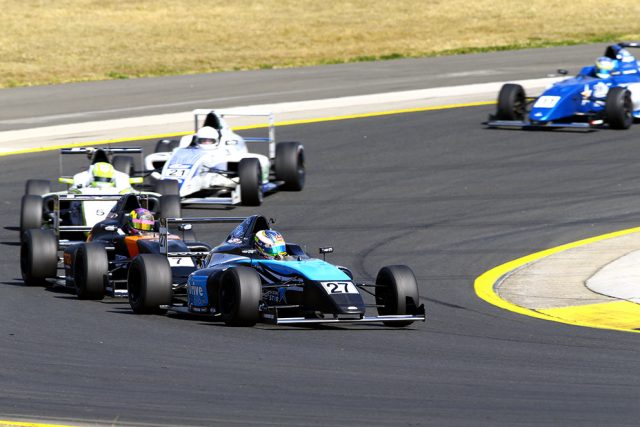 Simon Fallon is one of the 2017 CAMS Foundation Rising Stars

Applications have opened for the 2018 CAMS Foundation Rising Star program.

The program will offer four $50,000 scholarships for use in the CAMS Jayco Australian Formula 4 Championship.

Furthermore, unsuccessful applicants will be considered for eight CAMS Driver Development Scholarship Loans of $20,000 each, again for use in F4.

The Rising Star scholarships will be awarded to two karters and two current circuit racing drivers.

“It has been exciting to watch the progress of our current Rising Stars, and we look forward to nurturing another crop of young, ambitious Australian racing drivers next season.”

Shields is an outside chance to win the championship, sitting second to Nick Rowe by 52 points.

Suhle is fourth on the table, ahead of Fallon in seventh and Morse in eighth.

CAMS confirmed in August that the program would continue next year.