The World Endurance Championship remains in play for at least another race after the #8 Toyota of Sebastien Buemi, Kazuki Nakajima, and Anthony Davidson won a rain-shortened 6 Hours of Fuji.

Car #8 led when the race was red flagged due to low visibility with just under 90 minutes remaining, and there was no subsequent restart.

Car #7 gave Toyota a one-two after Mike Conway, driving with Jose Maria Lopez and Kamui Kobayashi, held off the #1 Porsche until the race effectively ended.

Earl Bamber, Brendon Hartley, and Timo Bernhard finished a lap down in fourth after being caught out by the timing of a weather-induced red flag during the second hour of the race.

The #2 Porsche lost time having to pit at the subsequent restart before Bernhard was lapped by Nakajima.

Bamber/Hartley/Bernhard lead the championship by a reduced 39-point margin over Buemi/Nakajima with 52 points available across the final two races.

The next of those is the 6 Hours of Shanghai on November 3-5. 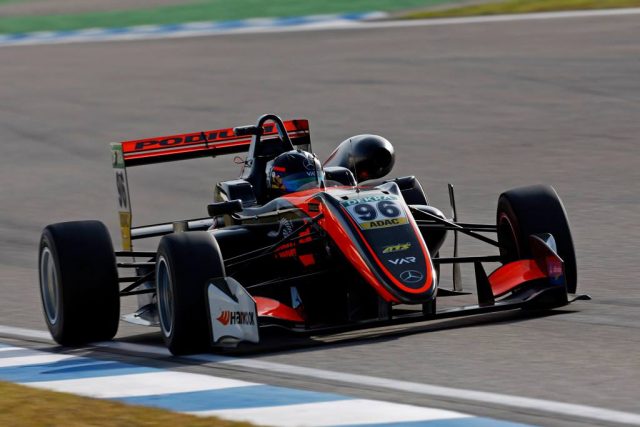 Joey Mawson had a tough final weekend of the European Formula 3 season at Hockenheim, during which Lando Norris won the title.

Mawson finished the first two races in 15th, having qualified in the same position for Race 1 and started from pit lane in the 21-car field in Race 2.

The Sydneysider finished the last race of the year in ninth, two positions ahead of his starting berth.

Norris clinched the title in Race 1 by finishing second to Joel Eriksson.

Mawson finished 13th in the championship and fourth of the rookies. Mitch Gilbert and Aditya Patel have won both races in the Blancpain GT Series Asia finale at Zhejiang.

Patel started second in the Saturday race, which commenced under Safety Car due to rain, and passed pole-sitter Chris Dreyspring to lead on Lap 8.

When he handed over to Gilbert, the Malaysian-based Australian was able to stay in the lead and bring the #86 OD Racing Audi R8 LMS home for a 5.6s win.

On Sunday, Gilbert lost the lead to Martin Rump at Turn 1.

Between Rump driving away and a longer pit stop handicap for the Saturday winners, Patel started his stint 22s behind Rump’s co-driver Rick Yoon.

However, Yoon spun in the final 15 minutes and Patel took victory.

Debutant Andre Heimgartner, driving with Devon Modell in the #88 Craft Bamboo Porsche 911 GT3-R, finished ninth on the Saturday but second on the Sunday.

In the latter, Heimgartner dropped to 13th early in the race but drove back up to fifth by the time he pitted, with Modell finishing the race.

Hunter Abbott beat Gilbert/Patel to the drivers’ championship by just one point. Ben Hunt has strengthened his position in the race for the New Zealand Rally Championship with a comprehensive victory in Handy Rentals Hamilton Rally Waitomo.

Hunt and co-driver Tony Rawston won Stage 2 and repeated the feat in Stage 3 to take over the lead.

They were not headed again through the final three stages and the #4 WRX STi won by 22.0s.

Sloan Cox (#7 Mitsubishi Evo X) finished second off the back of wins in Stages 4 and 5, while Max Bayley (#6 Fiesta R5) had a consistent run to third.

Championship leader Andrew Hawkeswood (#2 Mazda 2 AP4+) salvaged fourth despite a puncture and engine issues, bookending the six-stage rally with stage wins at the start and end.

Hawkeswood’s lead over Hunt is 10 points with just Rally New Zealand to come in Tauranga on November 23-26. 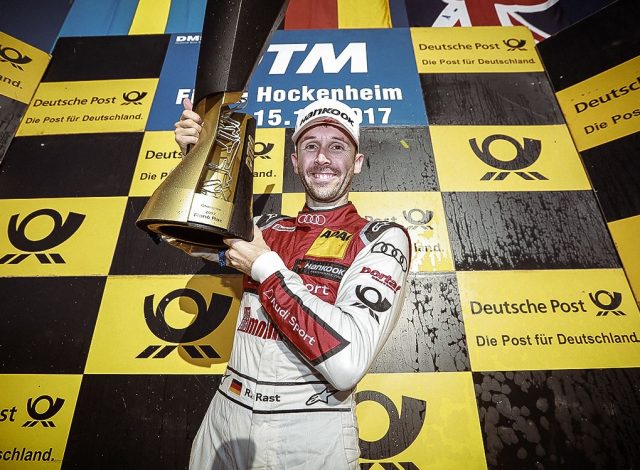 Rene Rast has won the DTM championship on a weekend when Jamie Green and Marco Wittmann took the race wins at Hockenheim.

Green (Audi) gained one position off the starting grid to run second early in the Saturday race.

After a forceful attempt to pass Timo Glock (BMW) put the leader off the track on Lap 6, Green completed the move a lap later.

Green went on to win by nearly four seconds over Mike Rockenfeller (Audi) and Glock.

A charging Wittmann (BMW) used the pit stop cycle to take the lead and ultimately win on the Sunday.

Rast finished second while Ekstrom fell two positions short of the top six result necessary to hold on to the title. Drew Ridge has finished fifth in the series and runner-up rookie as the 2017 Audi Sport TT Cup came to a close at Hockenheim.

The Central Coast teen drove from eighth to fifth in Race 1 and seventh to third in Race 2.

Phillip Ellis clinched the series with a race to spare by winning Race 1, while Race 2 went to Mikel Azcona. 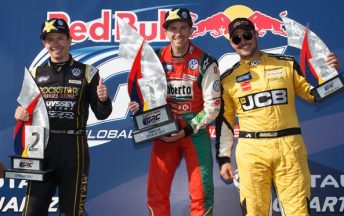 Speed dropped to fourth at the start of the final but recovered to finish second on the day.

Chris Atkinson (Subaru Rally Team USA) was a DNF in the final and finished seventh in the championship. Nestor Girolami (Polestar Cyan Volvo S60) was declared an official race winner in the Feature Race, which lasted only four laps under Safety Car before being called due to heavy rain.

Half points were awarded.

Thed Bjork (Polestar Cyan Volvo S60) took over the championship lead from Tiago Monteiro (Honda Racing Honda Civic), who missed the round due to health issues owing to a recent heavy testing crash. The German had looked good for victory earlier in the dramatic final hour.

However, when he and then-second-placed Robin Frijns in yet another R8 darted either side of a GT4 car, they converged and ran into each other at Turn 10.

The contact put both into the kitty litter with only Mies able to drive out, while Frijns’ #11 Team WRT entry, also driven by Stuart Leonard and Jake Dennis, dropped two laps.

MARC Cars Australia took two of its Mazda 3 V8s to the race, which was held at the final round of the Pirelli World Challenge.