POLL: Was Warburton’s reign a success for Supercars?

POLL: Was Warburton’s reign a success for Supercars? 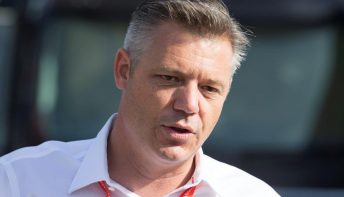 Supercars is searching for a new leader following the news that CEO James Warburton will leave his role at the end of the year.

Warburton took over the running of Australia’s premier racing series in mid-2013 during a tumultuous time for the category, which needed direction having disposed of four chief executives in a period of five years.

The former Network Ten boss has more than steadied the ship in a period that has seen the arrival of Car Of The Future, new manufacturers come and go, a $241 million six-year media rights deal, a category name change, takeover of the Bathurst 12 Hour, renewed attempts to expand into Asia and the formation of Gen2 regulations.

Warburton has also been instrumental in securing a new home for the season finale at Newcastle alongside plans to introduce SuperUtes and the management take over of Australian GT.

This year he has helped evolve relationships with Formula 1 to allow for the Australian Grand Prix to become a championship round next year, in addition to a long held ambition for a night race at Sydney Motorsport Park.

His departure has been met with sadness by Supercars teams today, who believe Warburton has managed to turn the sport around since taking the reins.

He has however proved a divisive figure among fans, most notably for taking the sport to pay television instead of its previous full free-to-air model.

The media rights deal for every round to be shown live and exclusively on Fox Sports, with Network Ten airing six meetings live, proved to be hugely beneficial for teams’ finances.

Walkinshaw Racing boss Ryan Walkinshaw has since claimed the sport ‘would have died’ had the deal not been struck.

A move to run the Supercars pre-season test day on the same day as the Liqui-Moly Bathurst 12 Hour in 2015 sparked further unrest amongst enthusiasts.

Meanwhile, a takeover of the Bathurst 12 Hour by Supercars has seen the event flourish into one of the world’s leading GT endurance races.

Asia remains a hurdle Warburton is yet to clear following a false dawn with the KL City Grand Prix in Malaysia, which ultimately collapsed following a dispute between the event’s promoters.

It appears a future race in the region is on the horizon after talks at the recent Singapore Grand Prix.

In a statement released this morning, Warburton says he leaves the sport in strong health.

“It is fair to say the sport is in great health, we have achieved so much with unity and, more importantly, the path is set to raise the sport to even greater heights,” said Warburton.

“Every single metric from EBIT (earnings before interest and tax), team distributions, crowd attendance to media numbers are well up and the fans continue to vote with their feet.”

Warburton will remain in charge until December 22.

This week’s poll reflects on Warburton’s time as Supercars CEO, but what do you think?

Was Warburton’s reign a success for Supercars?