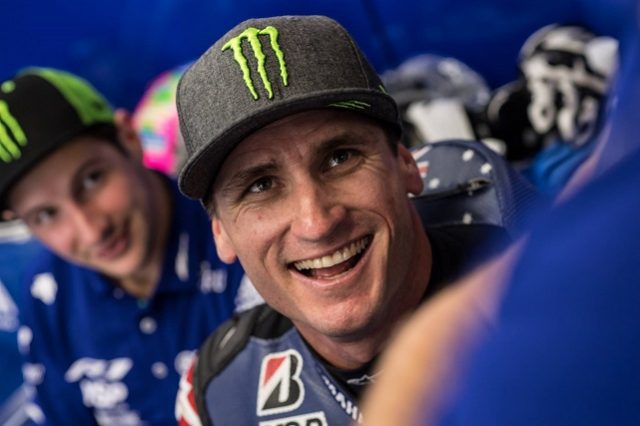 Australian Broc Parkes will stand in for Jonas Folger at this weekend’s Michelin Australian Motorcycle Grand Prix at Phillip Island.

The Tech 3 Yamaha team has confirmed the entry after Folger was forced to sit out last weekend’s Japanese Grand Prix due to illness.

Nozane, however, broke his hand in a nasty crash on the Saturday at Motegi.

He started the race but crashed again on Lap 3 and retired.

Parkes will similarly fill in for Folger in his own home race, which will be his first start in MotoGP since Valencia in 2015.

The 35-year-old from the Hunter Valley is, like Nozane, a Yamaha rider in the FIM Endurance World Championship.

“Of course, I would like to thank the Monster Yamaha Tech 3 team for giving me the amazing opportunity to race at my home Grand Prix in front of all of my supporters, fans and family,” said Parkes.

“I am really looking forward to getting on the Yamaha YZR-M1 at Phillip Island and giving it my all.”