Wilson to enter 2018 TCM in Trans Am Mustang

Wilson to enter 2018 TCM in Trans Am Mustang 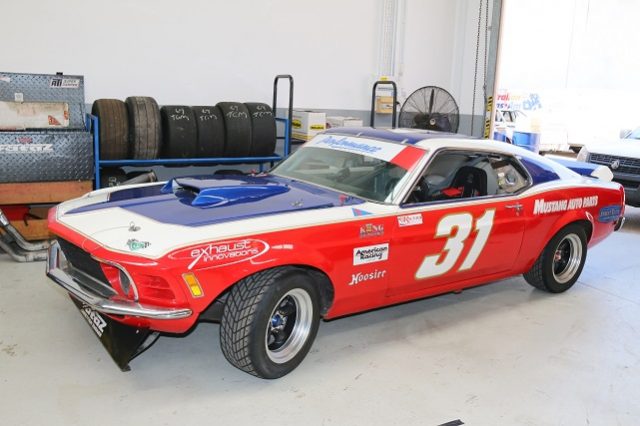 Wilson has run a limited Australian Trans-Am campaign this year in preparation for TCM, taking pole position and a race win on debut in a Chevrolet Camaro.

The Queensland driver has also raced in Production Cars, Mazda MX5s, Saloon Cars, HQ Holdens, Queensland Geminis, and most recently Queensland Excel, and is now relishing the chance to race against a full field of classic machinery.

“It should be fantastic, it’s an awesome category obviously, I love the old school cars,” said Wilson, who will be backed by Slideways Go Karting Centres. 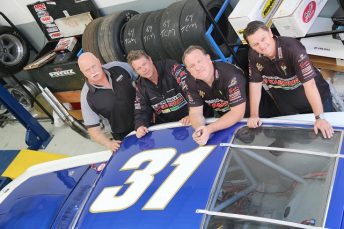 Wilson with his crew

“There are a few minor differences with the rules between the front running cars and the Trans Am rules, but it will be a similar sort of car to Steven Johnson’s (Mustang).

“Saying that, hopefully we will be in amongst it up at the front of the pack, it’s certainly what we’re aiming for.

“I’ve done a deal with Ian Woodward at Fataz Competition Engines with the car, and it’s great to have Woody joining us as well.

“For our crew, I’ve managed to get the old band back together as such, with Pete Phillips joining us in a full-time role within the kart centres and the race cars, along with Dan Goddard and Josh Brown, so we will have a good crew at all of the rounds.

“I’m looking forward to embracing the series and what it is all about, it’s a fantastic class of racing, and I can’t wait to get out there.”

Wilson currently leads the Keema Cars Excel Cup (Queensland Excel), with 16 race wins from the 21 races contested to date in season 2017, with the effort following on from his success in the Hyundai X3 Nationals in 2016.