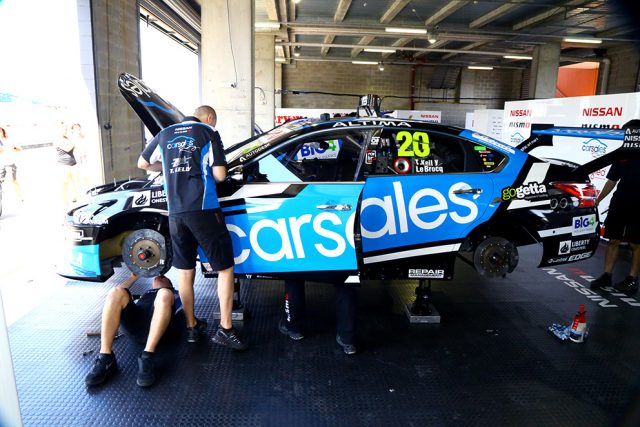 Championship organisers have issued a directive to teams confirming that an older specification AP Racing brake disc will be made mandatory for qualifying, the Top 10 Shootout and the two races at Surfers Paradise.

Speedcafe.com understands the brake disc utilised at Bathurst is only permitted for use in practice sessions next weekend.

Supercars has confirmed that the disc will return at Pukekohe (November 3-5) upon recommendations from AP Racing.

The change arrives after a number of teams reported cracks appearing on the recently upgraded brake discs, which have been introduced since the Red Rooster Sydney Super Sprint in August.

The use of PFC 01 brake pads appeared to contribute to the problems prompting many teams to switch to Project Mu pads for the remainder of the Bathurst weekend as a precaution.

A decision to implement the previous specification brake disc at the Gold Coast could allow teams to revert to PFC 01 pads.

The choice of brake pad manufacturer is purely down to driver preference.

Triple Eight’s Jamie Whincup and Craig Lowndes were among those forced to adapt to the Project Mu pads at Bathurst having normally run PFC 01.

Supercars and AP Racing are conducting a review into the issues with the latest specification brake disc.