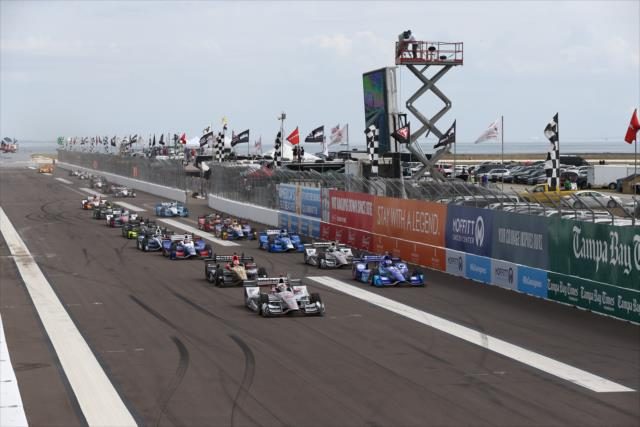 Portland will return to the IndyCar Series in an otherwise largely unchanged calendar for 2018.

Portland International Raceway replaces Watkins Glen at the back end of the season, while most of the other 15 circuits maintain the same dates as in 2017.

As it did this year, the series will comprise six oval races, six road course races, and five street races (across four tracks).

St Petersburg continues to open the season on March 11, but Phoenix Raceway has been moved forward to Round 2 and its more traditional early April date.

As such, Long Beach moves back one week, with those two races and Round 4 at Barber Motorsport Park now running on consecutive weekends.

May will again see the Indianapolis Grand Prix on the second weekend of the month, before the 500 a fortnight later.

Detroit’s double-header weekend also remains in place, on the same weekend at the start of June.

Portland moves into Watkins Glen’s early September slot, before the season again finishes at Sonoma in the middle of the month.

“The strength and consistency of the Verizon IndyCar Series’ 2018 schedule is something all of us should be proud of,” said Mark Miles, CEO of IndyCar parent Hulman & Company.

“We’re also looking forward to continuing the upward trend of the series through the introduction of the universal aero kits, which testing has shown to be an exciting product.”

The first official test will take place at Phoenix Raceway on February 9-10.