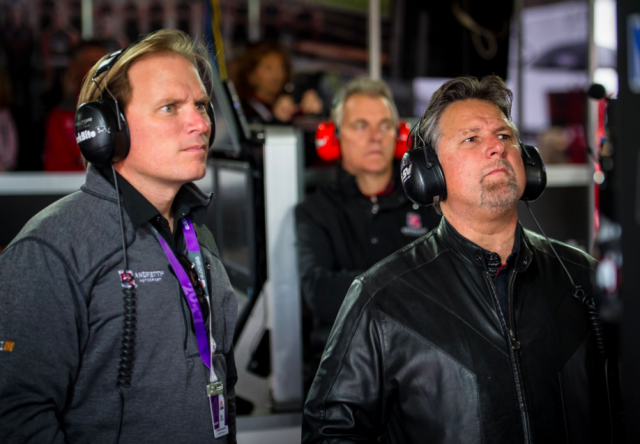 Michael Andretti says the possibility of Walkinshaw Andretti United fielding a Bathurst 1000 wildcard next year has been tentatively discussed.

The boss of IndyCar giant Andretti Autosport and new co-owner of Walkinshaw Racing is eagerly anticipating the prospect of a foray into Supercars next season.

Andretti was present at last weekend’s Supercheap Auto Bathurst 1000 where it was announced that he and Zak Brown, in the form of United Autosports, will become stakeholders in the struggling Walkinshaw team from next season.

Andretti and Walkinshaw will hold an equal partnership, while Brown will own a minor share.

The news has already been well received in America with several IndyCar drivers contacting Andretti regarding the possibility of drives next year.

Andretti has since confirmed to Speedcafe.com that talks to run a wildcard at Bathurst next season have begun, although it is far from a certainty.

“It (a wildcard) is possible, we have talked about it and we will see how things are going and see what it is like with how many cars we have,” Andretti told Speedcafe.com.

“I think it is very likely (we could see IndyCar drivers racing in Supercars) and we will see what happens. I know Ryan Hunter-Reay and Scott Speed have been all about it already. We will see.”

Andretti was impressed by his first taste of the Bathurst 1000 which he felt lived up to expectations.

The 55-year-old was taken for a lap of the 6.2km track by Mobil 1 HSV Racing’s James Courtney, that left the former IndyCar and Formula 1 driver wishing his career had included a race at the venue.

However, a pre-organised engagement meant he was unable to see this new team score an impressive second place finish courtesy of Scott Pye and Warren Luff on Sunday.

“I think it (the Bathurst 1000) is awesome and it it is everything everybody talked about,” he added.

“I love the track and I got a go around with James Courtney and it would be a blast to drive for sure. Too bad I’m so old.

“I would have loved to have a go here. It is a tough track but it looks like it is a fun track to drive.

“It (the event) is different (to IndyCar’s showpiece the Indy 500) but you can tell that this is a big deal.

“I’ve always read and heard about it so it is nice to actually experience it and next year I will be able to experience it as a team owner which will be fun.”

Meanwhile, the team has already made its first appointment since the announcement of the new partnership, with top British Touring Car Championship designer Carl Faux joining the team.

Faux will begin his tenure with the operation at next weekend’s Vodafone Gold Coast 600.