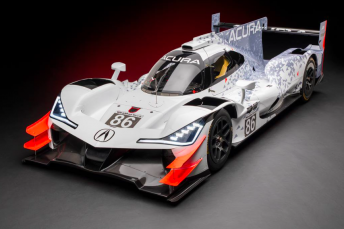 Recently crowned IMSA champion Ricky Taylor has moved to Team Penske to drive with Helio Castroneves in the new Acura DPi next year.

The team has also confirmed that IndyCar drivers Graham Rahal, of Rahal Letterman Lanigan Racing, and Simon Pagenaud will join the program for the Daytona 24 Hours and 12 Hours of Sebring.

Team Penske had already named Juan Pablo Montoya and Dane Cameron as drivers of the other ARX-05 in its return to sportscars and Acura to prototypes.

Taylor won the 2017 WeatherTech SportsCar Championship with brother Jordan off the back of a dominant start to the season for the family-run Wayne Taylor Racing team when they won the first five races.

“It was a great experience getting a chance to test an IndyCar with Team Penske,” said Taylor, who tested Pagenaud’s IndyCar in February, “but to get a call from Roger Penske offering the opportunity to drive one of his race cars full time, well that’s a life-changing opportunity.

“We have had a lot of success in the IMSA WeatherTech SportsCar Championship the last few seasons with my Dad’s team, including winning both the Rolex 24 at Daytona and the championship this year.

“I’m definitely ready for the next challenge in my career and I couldn’t be more excited to join Team Penske and work with Helio, Juan and Dane to launch the new factory Acura effort and start winning with the ARX-05 in 2018.”

Roger Penske hailed the signing as an important one for the fledgling program.

“Ricky had a phenomenal season in 2017. He brings a great deal of sportscar experience and his knowledge of the cars, the race tracks and the series overall will be a big benefit to our team.”

Rahal’s sportscar experience dates back to 2006, primarily as an endurance driver, and includes outright victory in the 2011 Daytona 24 Hours with Chip Ganassi Racing.

Pagenaud’s record includes a pole in the 2010 Le Mans 24 Hours and runner-up finish the following year, both with Peugeot.

The Frenchman was also part of an early debut for new Penske sportscar program in last weekend’s Petit Le Mans, combining with Montoya and Castroneves to qualifying on pole and finish third outright in an Oreca LMP2.