Targa Australia will hold the Targa Great Barrier Reef around Cairns for at least the next three years from 2018.

The brand new car rally will be based around the Far North Queensland centre, taking in regions such as Port Douglas, Innisfail, and the Atherton Tablelands.

The rally will take in 15 stages across three days, covering 200 competitive kilometres.

It will start and finish in Cairns, and include a Super Street Stage on the Saturday night.

Organisers have set an expectation of a 200-car entry list. 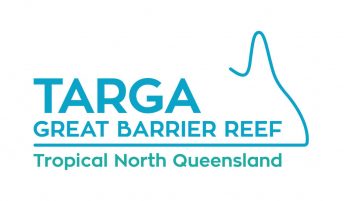 “The secret to the long-term success of Targa Tasmania is that it is a tourism destination event built around a passion for the motor vehicle,” said Perry.

“It attracts people and their cars from right around Australia, and overseas.

“It’s a format that sees the event travel to the fans, stopping at a number of towns along the way, meaning it’s not just one town or one city that is the winner and our ‘stadium’ covers thousands of square kilometres of iconic landscapes that will showcase the region to the world.

The new rally comes as a result of a three-year funding deal with Tourism & Events Queensland and the Cairns Regional Council.