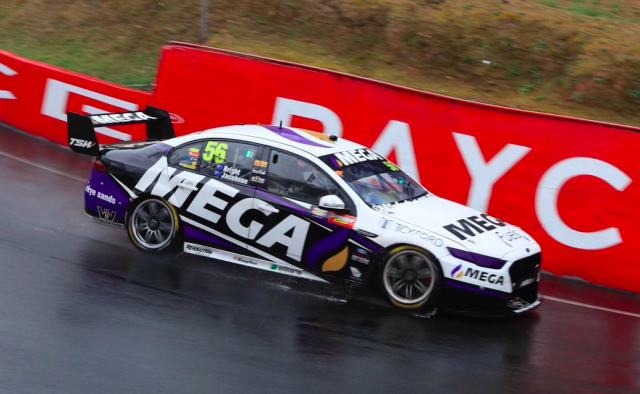 Garry Jacobson believes both he and fellow Prodrive co-driver Richie Stanaway were driving for their careers in the Supercheap Auto Bathurst 1000.

Stanaway once again showed his prowess in the wet as the Kiwi set the pace on a soaking track to climb to the lead before slipping back as the track dried.

Meanwhile, last year’s Dunlop Super2 Series winner Jacobson was not overawed by his maiden Bathurst 1000 as an impressive stint saw him lift the MEGA Fuels backed Ford from 17th to an effective fifth.

The drive was marked by a rockstar welcome from his team in the garage before the car went on to claim eighth and become the top Prodrive runner.

While the Prodrive Fords seemed at home in the wet, Jacobson believes both he and Stanaway wanted to prove their skills to the Supercars paddock as the pair look to break into the main game next year.

“I think it was just two young drivers that are yet to score a main game drive opportunity and were just willing to give everything,” Jacobson told Speedcafe.com.

“I think that shows when we drive, no matter how the car feels, we are driving for our careers.

“It was good to be able to drive that way in my first two stints and good not to run off the track. I was able to put together a really consistent run and my engineer was pretty excited.”

Jacobson has endured a tough Super2 title defence this year lying seventh in the standings with just one victory.

Eager to impress at Bathurst, the 25-year feels he has proved his potential to Supercars teams.

“I feel I proved myself quite well last year but to compete well in such treacherous conditions in my first ever race at the Bathurst 1000 has helped me complete the resume I’m trying to build.

“I feel like I have done a lot in the last two years to show all main game teams that I’m not a pretender. I’m here to be consistent day in day out and I’m hungry as ever to get that opportunity.

“It is just whether there are seats available. I’ve had more sponsorship backing than I’ve ever had in my life, and I’m in a great position at the moment.” 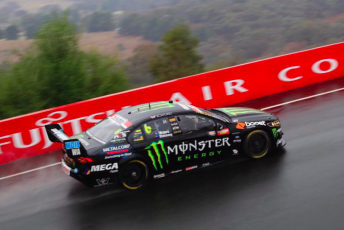 Stanaway, who has been heavily linked to a main game drive next year, admitted that he wasn’t at his absolute limit during the stint when the weather was at its worst.

He reamins confident a full-time drive will emerge for 2018.

“I wasn’t charging too hard because there was no point that early in the race risking a crash, so I was just kind of driving within myself, making sure I wasn’t taking any unnecessary risks, so it was good to have good pace.

“I’m pretty confident there’ll be something out there (next year). I haven’t got anything confirmed yet there are a few things on the table.

“I’ve just got to probably give it a bit more time and then obviously it’ll be a while before we can say anything anyway.”

Prodrive boss Tim Edwards has acknowledged the efforts from Jacobson and Stanaway, having been particularly impressed by the former’s ability to bounce back from a difficult Sandown 500.

“Those two certainly got the lion share of everybody’s attention but I think some of our other drivers performed too,” Edwards told Speedcafe.com.

“Garry and Richie both did a fantastic job. They were very comfortable in the car and they were enjoying themselves out there.

“He (Garry) was disappointed after Sandown. He is a racer and he wants to be up and show everyone what he is capable of doing, and he didn’t feel he did that at Sandown.

“Not only was it his maiden Bathurst 1000 voyage, it was his opportunity to demonstrate to himself that he deserves that drive and he proved us right.

“When he got out of the car he got a rockstar reception from everyone in the garage because it was awesome to see what he did.

“I don’t know that we are spoilt for choice (with drivers) but I’m pleased that all the drivers are performing at such a high level.”