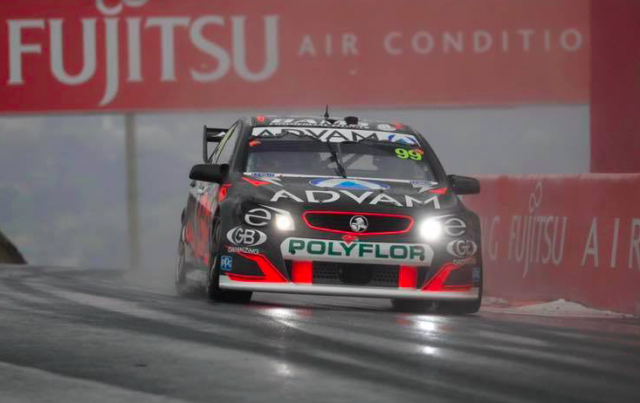 Dale Wood says he is contemplating the possibility of stepping away from Supercars next year just days after scoring an impressive fourth in the Supercheap Auto Bathurst 1000.

Wood guided the #99 Erebus Motorsport Commodore he shared with Chris Pither to the chequered flag on Sunday to score a career best Great Race result at Mount Panorama.

The pair produced a solid display in challenging wet conditions to back up the team’s impressive victory courtesy of David Reynolds and Luke Youlden.

“I haven’t had the chance to sit back and enjoy the result but it is certainly a nice feeling and a lot better than the results that I have been having,” Wood told Speedcafe.com.

“As drivers we are the same unless you are on that top step of the podium, you always, whatever the position, look and think how easily it perhaps could have been a third or a second, but fourth was still a nice finish.”

While the result is much needed boost for Wood after a difficult season, the 34-year-old says he is assessing his own future in the sport.

The Melbourne-based driver stepped up to a full-time Supercars drive in 2014 when he joined Brad Jones Racing after winning the Dunlop Super2 Series the previous season.

He has since driven for Nissan Motorsport last season before moving to Erebus Motorsport this year.

Speculation regarding his future at the team had circulated in the paddock during the Bathurst weekend with Will Davison and Anton de Pasquale being linked to the seat.

“I don’t think it (the result) has a huge effect really to be honest on next year,” said Wood.

“I’m having a close look at things and the moment and deciding on what I want to do.

“I think there is a lot more to life than Supercars and at some point I just want to evaluate what else there is in my life.

“My family mean a lot to me and it doesn’t get any easier every time I go away racing Supercars, and leaving my boys and my wife, I don’t deal with that too easily.

“My family is number one to me and sometimes I sit back and think there is more to life than Supercars and racing cars.

“I do love the challenge it (Supercars) provides week in week out and I love challenging myself at anything and I have never shied away in competitive situations.

“I want to get to a point in my life where I ask what else is out there for me to go and have a tackle at.

“I think you have to go with your gut and it is screaming a fair thing to me and I have just got to sit back and assess things.

“At this point I will enjoy the crap out of the last of the 2017 championship and then I will work out what I really want to do.”

Erebus Motorsport team manager Barry Ryan says the squad is discussing its options for next year.

“We are in discussion about it at the moment but it is more of a decision he (Dale) has ultimately got to make,” Ryan told Speedcafe.com.

Wood plans to celebrate his Bathurst result with close family and friends this weekend before preparing for the Vodafone Gold Coast 600 from October 20-22.