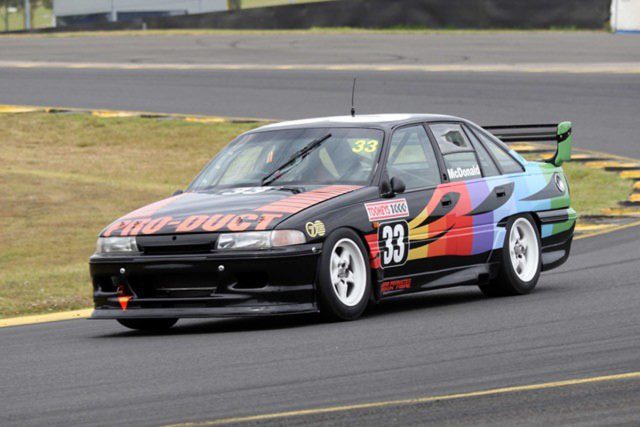 A 1993-build VP Commodore will line up on the grid at Sydney Motorsport Park for the final round of this year’s Kumho Tyre Australian V8 Touring Car Series.

Sydneysider Jamie McDonald has entered his ex-ProDuct Racing Holden in the Vectra Corporation-supported Heritage Class for what will be the car’s first race in more than 20 years.

Pearson owned the car from 1993 to 1995, running it in the Australian Touring Car Championship and Bathurst 1000.

“Rod Smith from Ballarat bought the car in 1996 and once again ran it in the Touring Car events and Bathurst that year,” said McDonald.

“The car did some hill climb events with Milton Seferis in 1997 and then sat idle until I bought it in 2016.

The car is expected to be joined by several other older touring cars in the Heritage Class, including Brad Neill’s ex-David Parsons VS Commodore that he has raced all season.

Brad Jones Racing’s Jack Smith will take a sizeable 106-point series lead into the finale, which will take place at the annual Muscle Car Masters on October 27-29.