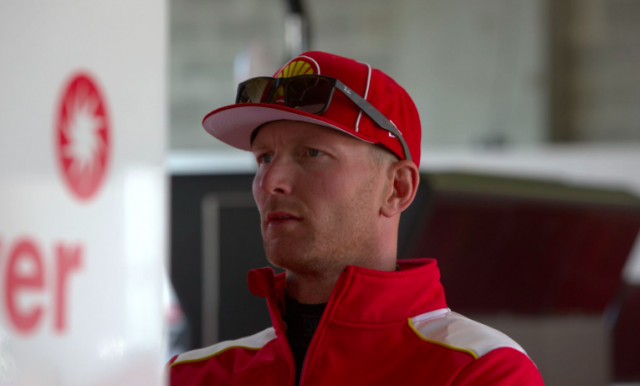 Shell V-Power Racing’s Alex Premat watched the majority of the Supercheap Auto Bathurst 1000 from a tow-truck having been stranded on Mount Panorama.

The Frenchman was unable to return to the pits util the latter stages of the race after an engine failure saw the #17 Falcon he shared with Scott McLaughlin ground to a halt at The Cutting on lap 75.

Premat spent the remainder of the race aboard a tow-truck where he watched the rest of the race on an iPad.

“It was not fun, actually,” said Premat, who eventually returned to the paddock after the final Safety Car.

“They towed me with the tow truck and parked me at the inside of the track.

“I could not get outside of the track, except if there was a Safety Car, maybe like 30 laps later, but they didn’t allow me to cross the track.

“I was in the park just after the grate (at Sulman Park) on the left-side. I was stuck in the tow-truck watching the race on an iPad.”

McLaughlin sent a cheeky tweet in the hope the crowd would offer his friend and team-mate some refreshments as the race progressed.

“I got some candy, but that’s it. Just some sugar,” Premat responded.

“I stayed 100 laps on the top. And they were slow laps! I didn’t have any phone numbers for anyone, I don’t know his (McLaughlin’s) number by memory, so I couldn’t call any one.”

Premat will rejoin McLaughlin for next weekend’s Vodafone Gold Coast 600, which will act as the Pirtek Enduro Cup finale.