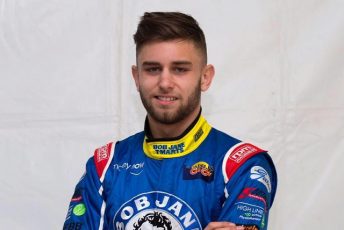 Andre Heimgartner will drive for Craft Bamboo Racing in the final event of the 2017 Blancpain GT Series Asia this weekend.

Heimgartner will partner Devon Modell, who has previously driven with Australian Nick Foster, in the #88 Porsche 911 GT3-R in Zhejiang.

The drive comes after the 22-year-old partnered Tim Slade to ninth in the Supercheap Auto Bathurst 1000 in a late call-up to replace the injured Ash Walsh.

Heimgartner also won the Carrera Cup Australia round held on the same weekend, remaining second in the championship.

“I am obviously very excited to race this weekend in Zhejiang, with such a well-known team and a great car,” said Heimgartner.

“It has been a busy week for me racing in the Porsche Carrera Cup and Bathurst 1000 but I am very much looking forward to the new challenges ahead this weekend with Craft Bamboo Racing.”

Heimgartner had told Speedcafe.com that he was looking to pursue more opportunities driving sportscars in Asia, and recently debuted in the FRD LMP3 Series.

The sixth and final event of the Blancpain GT Asia season has been moved forward a week to this weekend (October 14-15) due to a clash with the Communist Party of China’s National Congress.