The two Tequila Patron ESM Nissan DPi cars had been running at the sharp end of the field all race with Pipo Derani leading in car #22 at the final restart and Hartley third in car #2.

Between the team-mates was Filipe Albuquerque in second in the #5 Mustang Sampling Cadillac DPi, while Dane Cameron was fourth in the #31 Whelen Engineering Cadillac DPi.

Cameron passed Hartley on the restart lap, but was then forced off the track by Albuquerque, who would be ordered into pit lane to serve an unacceptable risk penalty.

At the very front, Derani made side-to-side contact with Ryan Briscoe, knocking the GTLM class Ford GT off the track and into the barriers, and he too would be penalised.

As a result, Hartley rose to first position and brought car #2 home for his first win in IMSA.

Briscoe, who was running third in class at the time, had to pit for a new rear wing and went on to finish eighth in class in the car he shared with Scott Dixon and Richard Westbrook.

Ricky and Jordan Taylor, who had dominated the start of the season, won the Prototype title despite engine issues in the #10 Cadillac DPi taking them out of the race while Ryan Hunter-Reay was behind the wheel. Charles Leclerc has won the Formula 2 championship with a round to spare after hanging on to win the Feature Race at Jerez.

Leclerc (Prema Racing) dominated early on and effectively led the race for its 39-lap duration.

However, a late Safety Car closed the field up, forcing the Ferrari junior driver to work hard despite severely deteriorated tyres to hold onto first position.

Oliver Rowland finished only 0.23s adrift, and just ahead of Antonio Fuoco.

Artem Markelov won the Sprint Race after running down Nicholas Latifi and then Alex Palou late in the race.

The final round is at Yas Marina on November 24-26. 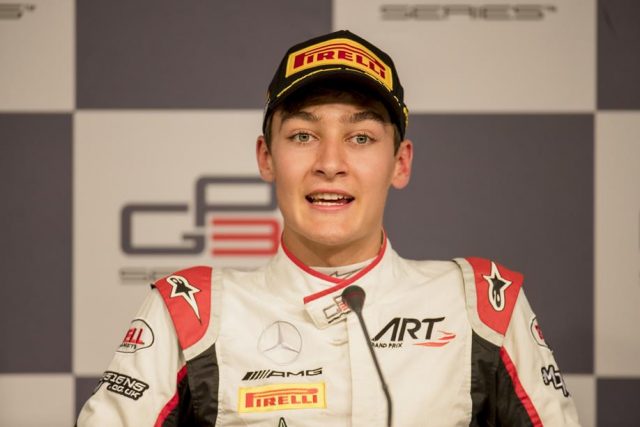 George Russell was another to wrap up a title with a round to go, taking an unassailable lead in the GP3 Series by finishing fourth in Race 2 in Jerez.

Russell got past ART Grand Prix team-mate Jack Aitken on Lap 1 to run sixth and gained another position when late race contact between Niko Kari and Dan Ticktum put the latter in the gravel trap.

He was advanced to fourth when Kari was given a 10s post-race penalty for the clash.

Alessio Lorandi led all the way in Race 2, while Nirei Fukuzumi had earlier done the same in Race 1.

Russell finished that encounter in second having forced his way past Aitken on Lap 1.

The series concludes in Yas Marina on November 24-26. 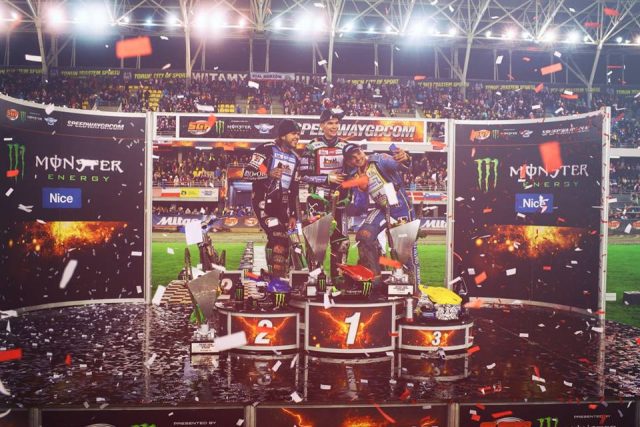 Jason Doyle will have to wait until the final round in Melbourne if he is to win the Speedway Grand Prix championship after missing out on the first chance to clinch the 2017 title in Torun, Poland.

Doyle won two heats but finished third in his semi-final, behind Dudek and Matej Zagar, missing the final for just the second time this year.

Chris Holder won one heat but neither he nor fellow Australian Max Fricke made the semi-finals.

Doyle is still highly favoured to wrap up the title in the final round at Melbourne’s Docklands Stadium on Saturday 28 October. New Zealander Marcus Armstrong continues to lead the Italian Formula 4 Championship with one round remaining by virtue of podium finishes in all three races at Mugello.

Armstrong pressured pole-sitter Sebastian Fernandez early in Race 1 but had to settle for second behind the Venezuelan.

The Cantabrian won Race 2 after building an early lead then pulling away again from a Safety Car restart.

He finished third in Race 3, having led before being passed by Fernandez and Artem Petrov in the latter laps.

Armstrong will race for the championship in Monza on October 20-22.