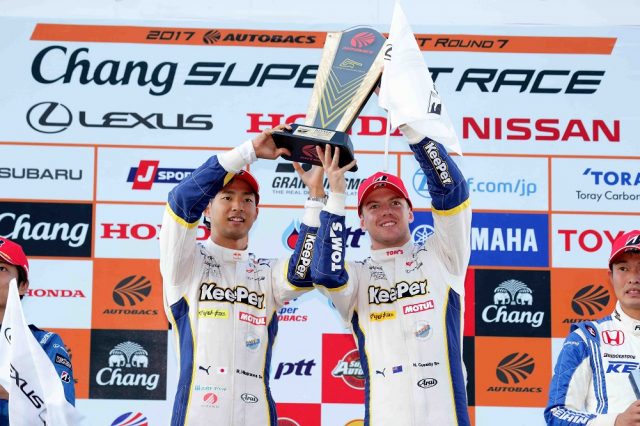 New Zealander Nick Cassidy and Ryo Hirakawa have returned to the top of the Super GT championship after dominating the penultimate round in Thailand.

After qualifying on pole, Cassidy started the #37 KeePer TOM’S Lexus LC500 on wets due to a downpour just prior to the start, and crept away from the field.

Jann Mardenborough (#12 Nissan GT-R) closed in when Cassidy had to thread his way through the GT300 class traffic, but with the track drying the Aucklander restored some of the advantage by pitting for slicks a lap earlier on Lap 14.

Cassidy handed over to Hirakawa on Lap 34, while Mardenborough threatened to give his co-driver Hironobu Yasuda the lead when he set the fastest lap before pitting on Lap 40.

However, they were delayed by a slow pit stop and Hirakawa held a sizeable advantage over the #6 Lexus LC500 of Kazuya Oshima/Andrea Caldarelli, now in second.

Hirakawa greeted the chequered flag 12.1s ahead of Oshima, while Yasude looked like salvaging a podium until suffering a technical problem with two laps remaining.

“It was an amazing result in a very high-pressure environment, considering the championship points,” said Cassidy, who now leads the title race by six points.

The decider takes place on November 11-12 at Motegi. 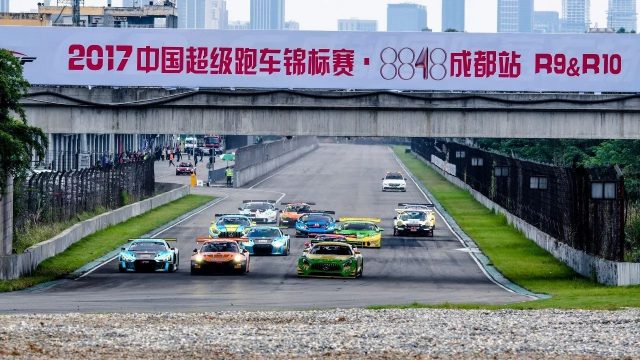 Chris van der Drift scored a win and a podium in Event 5 of China GT at Chengdu.

Sharing the #911 Porsche 911 GT3-R with Li Chao, the New Zealander made up ground in the Round 9 race to finish third after losing time during their pit stop.

Van der Drift was again the finishing driver in the Round 10 race, starting his stint in second and running down Kuo Kuo Hsin before going on to win by 7.2s.

Will Bamber and Bian Hao (#303 Lamborghini Huracan Super Trofeo) won the GTC class in both races.

The season wraps up at Zhejiang on October 14-15.