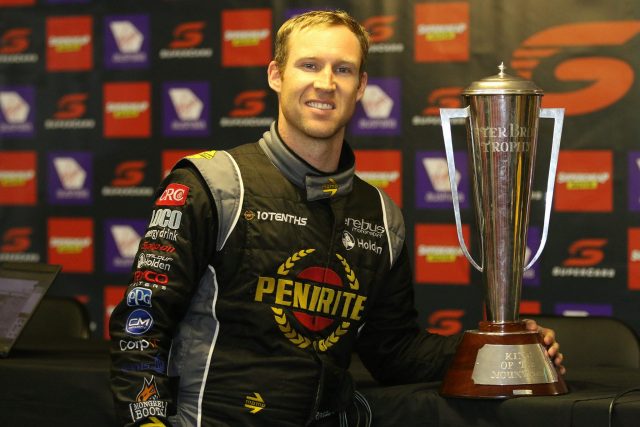 The pair were among the contenders throughout the event having started the race from second on the grid, courtesy of Reynolds’ blistering lap in the Top 10 Shootout.

Youlden assumed the lead early in the race but the car dropped back to ninth as the encounter progressed, before Reynolds jumped to the front on lap 146.

Driving for one of the smallest teams in the paddock, Reynolds declared the success a special triumph for the outfit that has transformed itself into a force in 12 months.

“As a team we have worked extremely hard over the last year-and-a-half to get to this point,” said Reynolds.

“We have always kept raising the bar. Like I have said all along, every race track we turn up to we are a better and different team to what we were at the last race. That is how quickly we are evolving as a team.

“It has just been a massive whirlwind experience to get to this point.

“I owe everything to them, it is not just us two (drivers), there is a crew of 22 people behind us, which is probably one of the smallest teams in pit lane.

“They have done an absolutely stellar performance, and an amazing job all weekend. Since we rolled the car out it has been fast.

“I will put my hand up and say it wasn’t the best car to drive in the wet, but as the track dried out I knew it was feeling pretty good, heaps of grip out there, we just pushed on, did the fuel number pretty easily.”

Team owner Betty Klimenko, who set up the team in 2013, was particularly emotional following the triumph, according to Reynolds.

“She is kind of emotional at the moment. Even this morning, before the race started, she said ‘everything up to now has been a fairytale, so it really doesn’t matter what happens’.

“And then we went and won the race. It sounds a bit silly doesn’t it, I just rewrote it there.”

After coming close to conquering the mountain in 2012, Reynolds is enjoying the feeling of putting that chapter to bed with this victory.

The 32-year-old finished second to Jamie Whincup and Paul Dumbrell while driving for Prodrive at the event five years ago.

While he is now soaking up the feeling of winning, Reynolds admitted that the final laps of Sunday’s race were not enjoyable.

“I am just absolutely spent. I nearly spewed on the last couple of laps. I should really work on my fitness” he said.

Reynolds has moved to sixth in standings following the Bathurst win.