SVG: I just made too many mistakes

SVG: I just made too many mistakes 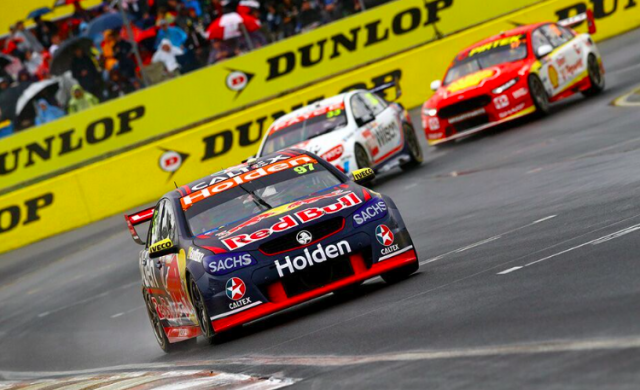 Shane van Gisbergen says too many costly mistakes resulted in him throwing away a chance to claim a maiden Supercheap Auto Bathurst 1000 victory.

The reigning Supercars champion found himself in the lead on the penultimate Safety Car restart after working his way back from going a lap down early in the race, following a series of spins from co-driver Matt Campbell.

However, van Gisbergen misjudged Murray’s corner on the lap 145 restart and ran down the escape road handing the lead to Brad Jones Racing’s Nick Percat.

The Kiwi quickly recovered to third by driving at a rapid pace, only for another wild moment, while trying to overtake Scott Pye (Mobil 1 HSV Racing) for second at The Chase.

The Red Bull Holden driver then sailed into the gravel trap, ripping the right rear tyre from the rim, which forced him to the pits.

He was able to rejoin the race, where he finished fifth.

“We were pretty happy with our race car today, we did a good job the last few days to make it good and we had a pretty good opportunity to win today,” said van Gisbergen.

“Matty (Campbell) made a couple of mistakes, but rebounded really well every time and his pace was exceptional.

“Our car was very hard to drive and that caught him out a couple of times, but otherwise he did a really good job.

“At various stages we were competitive, then when we weren’t.

Campbell, who has limited experience of the cars and the wet conditions at Mount Panorama, also felt he hadn’t delivered his best.

“I obviously haven’t had much experience in those sort of conditions and especially around this joint, and on top of that these cars,” Campbell told Speedcafe.com.

“Interesting day but I think during my stints the car had some good pace but then also I made some mistakes.

“On my behalf that wasn’t good enough. It’s just one of those races, really. Bathurst threw everything at us today, and we just didn’t get there in the end unfortunately.”

On reflection, Triple Eight boss Roland Dane believes van Gisbergen proved he was the fastest driver in the field to be able to recover from two mistakes.

“Shane was quick all day; wet, damp, dry, whatever. He was fast all day,” Dane told Speedcafe.com.

“But the critical time’s always going to be in the crossover period between wet and dry, and when you put slicks on. And for a number of people, and in the end that caught Shane out as we saw.

“It caught lots of people out, but even in the end he still did well to get back to fifth, but he was the class of the field in terms of speed but consistency won and hats off to Davey Reynolds for doing that.”

Van Gisbergen remains fifth in the standings but has closed to within 289 points of the championship lead now held by Shell V-Power Racing’s Fabian Coulthard.