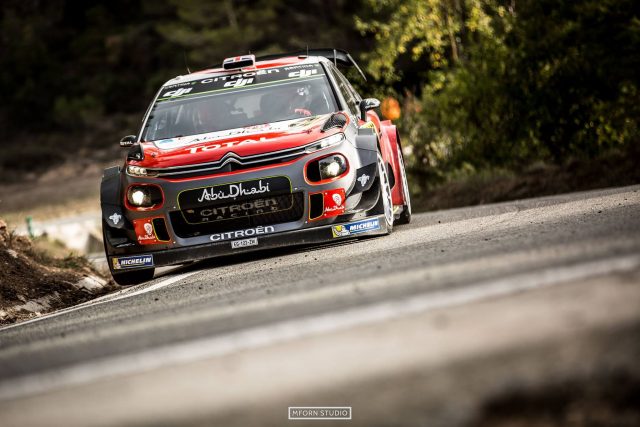 Kris Meeke was untouchable in Spain

Kris Meeke has completed a fast final day to win the Rally Catalunya and put to bed a run of outs for Citroen.

As much as the focus was on Meeke’s win, a second place for Sebastien Ogier closer to the 2017 WRC title.

The only stage Meeke didn’t win on the final day was the Power Stage, which went to Dani Sordo.

His final margin was 28sec.

“It’s not how many times you get knocked down, it’s how you get back up again,” said Meeke.

“And I’ve had to get up a few times in my career.”

Tanak is now one point ahead of Hyundai’s Neuville, who retired from the event on Sunday morning after re-starting after failing to finish the second leg.