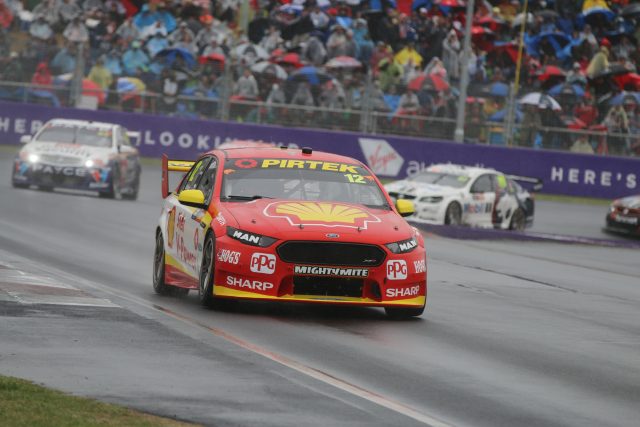 Fabian Coulthard and Tony D’Alberto have taken over the lead of the Pirtek Enduro Cup after their podium in the Supercheap Auto Bathurst 1000.

Coulthard was among the early handful of cars to switch to slicks, dropping to 12th, and fell back to the same position when he pitted twice under the fourth Safety Car.

However, a combination of car speed and avoiding the carnage unfolding around him saw the Kiwi drive the #12 Shell V-Power Falcon to third position at the end of Lap 161.

Coulthard/D’Alberto, who finished fifth in the Sandown 500, elevate themselves above previous leaders Cameron Waters/Richie Stanaway.

They eventually finished 16th at Bathurst after an early decision to pit again to ensure they could make the finish, before being caught up in the Lap 145 incident which broke the rear wing on the #6 Monster Energy Falcon.

They now sit equal second in the Pirtek Enduro Cup with team-mates Chaz Mostert/Steve Owen, who came home 10th after causing that crash which hampered car #6.

The Pirtek Enduro Cup concludes with two 300km races at the Vodafone Gold Coast 600 on October 20-22.