Walkinshaw: Foreign alliances are the future of Supercars

Walkinshaw: Foreign alliances are the future of Supercars 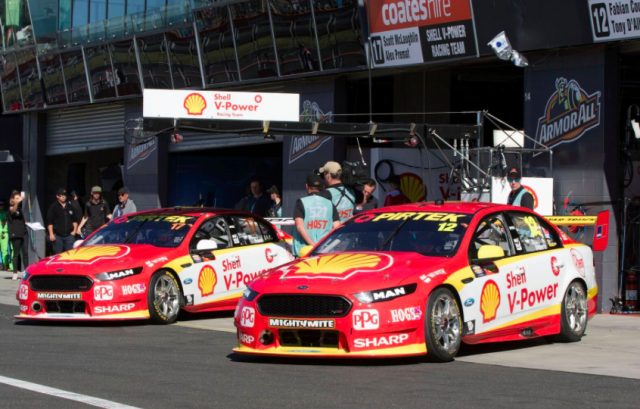 According to Walkinshaw, Penske’s transformation of Dick Johnson Racing into the dominant DJR Team Penske operation triggered his move to form a similar alliance with Andretti Autosport.

He sees cross-ownership with big foreign teams as the only way to become a consistent front-runner in Supercars now that Team Penske’s vast resources are being applied to gain a winning edge.

Walkinshaw believes the era of top teams relying solely on local engineering and funding is over, questioning whether even Triple Eight Race Engineering remain a consistent front-runner without linking with an established overseas superteam.

“I firmly believe the days of being a leading Supercars team under the traditional status quo are gone,” he told Speedcafe.com.

“You’ll have the occasional one like Triple Eight which will be able to maintain their performance standards going forward for a short period of time.

“But since Penske have come in and got their act together with DJR, I genuinely believe it’s going to be very, very hard – even for Triple Eight – to beat those guys in championships going forward.

“That’s because of the resource, infrastructure and personnel experience that DJR Team Penske can leverage off the Penske organisation over in the US.

“You just can’t compete with that. So we decided to first and foremost to search for a partner that could add technical infrastructure, resource and personal expertise to our team, and someone who we could leverage off their team and add that to our team to give us more opportunity to have success than the traditional Supercars team.”

Walkinshaw, who took over the running of what was then Holden Racing Team following the death of his father Tom in late 2010, has restructured his family’s team in an equal partnership with America’s Andretti Autosport, which rivals Team Penske in IndyCar.

They are joined by Britain’s United Autosports as a minority shareholder.

The new-look operation takes over on January 1 next year and will be known simply as Walkinshaw Andretti United – there is no Racing, Team or Sport appendage in the title.

Walkinshaw is convinced the organisational and engineering expertise of Andretti Autosport, plus the racing and commercial know-how of United Autosports, will restore the team’s fortunes.

He is particularly bullish about the benefits of the alliance with Michael Andretti’s widespread racing organisation.

“The most important factor is having access to resource and opportunity that we currently don’t have,” Walkinshaw said.

“That’s coming in in the form of expertise in development or manufacturing processes, technical expertise, and the ability to bring learnings from things like NASCAR and IndyCar to us.

“Andretti Autosport have a very diverse portfolio of categories they compete in and they’ve been successful in most of them. And if they’ve managed to do that in those other categories, there’s no reason they can’t do that in ours.

“Michael has a large team of engineers on the technical side and he has plenty of resource to be able to support us in the development work that we’re looking at doing for the car as well.

“With Andretti coming on board, we may be successful in the next couple of years.”

However, he acknowledged that extensive local Supercars knowledge was still needed to be successful.

“Absolutely,” Walkinshaw said. “And Michael agrees with that as well. I think it’s a balance between the two.”

“What we really want from Zak is for him to help us with commercial opportunities, introductions to his network, and bringing his experience to what we do locally and how we can enhance what we do,” Walkinshaw explained.

“I think we’re a pretty strong team with what we do off track, which is why we manage to command such a decent amount from most of our sponsors and partners.

“But we can always do a better job there and Zak’s experience in that field is second to none.”

Walkinshaw also believes that the direct connections with Andretti Autosport and United Autosports will attract top engineering and organisational talent to Clayton.

“With Andretti and United coming on board, we’ll have a European and US ladder for our personnel to climb,” he said.

“At the moment, what happens with most Supercars teams is that you attract personnel and they get to a certain point and that’s kind of it in their career development.

“So one of the attractions we have now for personnel locally is that rather than just being another Supercars team – admittedly, with a great history and legacy – they can come to our team and if they prove themselves worthy of our team and they take the team forward, opportunities will open for them in our new relationships with teams in Europe and America.

“Having that ladder in place is going to act as a magnet to people.”

“It’s no different to why Ludo went to Penske,” he claimed.

“If he does a good job with Penske in Australia, I would bet a fair amount of my mortgage that he will eventually have a job at Penske in the US doing something very exciting.

“Opportunities have opened up that Triple Eight couldn’t offer him.”