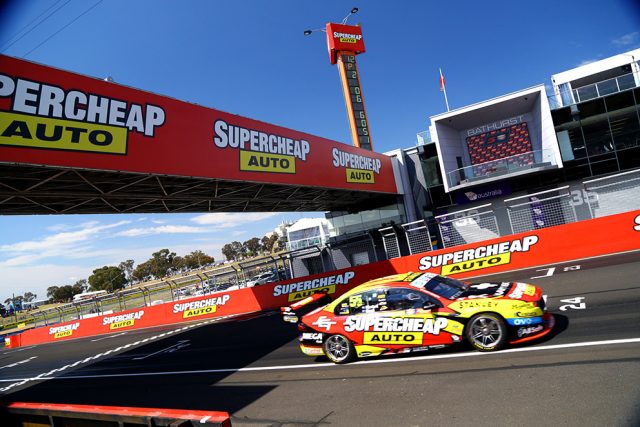 The automotive retailer’s deal to put its name on The Great Race began in 2005 and will run to at least 2020, bringing the partnership to 16 years. 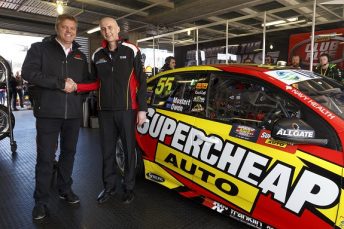 “Our business, Supercheap Auto, has been very, very proud of our association with Supercars and The Great Race, and I’m happy to announce today that we’re going to be extending for a further three years.”

Warburton hailed the deal, which comes as Supercheap Auto also celebrates 20 years in the championship.

“To take (the naming rights sponsorship) to 16 years probably makes it one of the most enduring sporting sponsorships,” he said.

“What Supercheap Auto do for the fans here at the Mountain (and) all the way across the year, the types of initiatives they write, and of course the support Chaz (Mostert) and the Prodrive team here, is a fantastic partnership.

“We couldn’t be more delighted for Chris to make this announcement today.”

Triple Eight Race Engineering has been the leading team during the Supercheap Auto era by winning half of the 12 races to date, with five of those victories featuring Craig Lowndes.