Wall on pole for Carrera Cup

Wall on pole for Carrera Cup 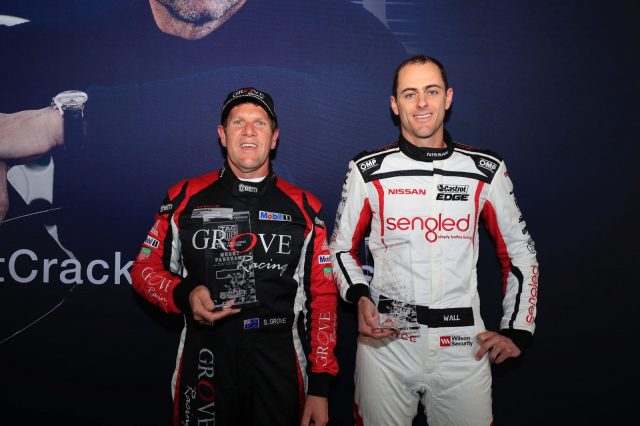 Carrera Cup points leader David Wall has continued his fast run at Bathurst with pole position for the opening race.

After setting the fastest time in the single practice session at Mount Panorama yesterday, Wall again was on the pace from the outset in the scheduled 30-minute session.

It ended-up going down to the final minute after a lengthy stoppage when Tag Heuer Carrera Challenge driver Sam Shahin crashed after Skyline.

It set-up an enthralling chase for pole with Andrew Heimgartner first setting the quickest time with Wall coming after the clock counted down to zero.

Nick McBride also vaulted to third to share the second row with Alex Davison; making it three Supercars endurance co-drivers in the top-four.

Stephen Grove was fastest in the Tag Heuer Carrera Challenge for semi-professional drivers.

The opening race of the weekend is set down for 2.05pm. That 16-lap race also counting towards the Endurance Cup in the Porsche series.