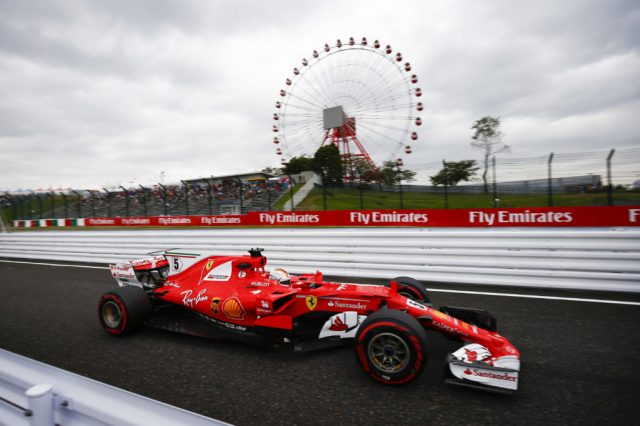 Sebastian Vettel was fastest in Practice 1

Vettel ended the first session quickest in the only meaningful running of the day, with heavy rain hitting the Suzuka circuit and limiting running in Practice 2.

Though the clock started, the green flag wasn’t shown until 45 minutes into the second practice session.

There was little running as a result, with only a handful of drivers taking to the circuit and completing timed laps.

The conditions almost caught out Esteban Ocon and Lance Stroll, both who found standing water at the first corner.

Earlier, Carlos Sainz crashed at the Hairpin in opening practice when he ran wide and lost control on the exit kerb.

Sainz’s crash drew the red flag at around the midway point of the session.

Vettel set the best time of the day shortly after the session resumed before rain closed in and saw teams sit out the final 10 minutes of the day.