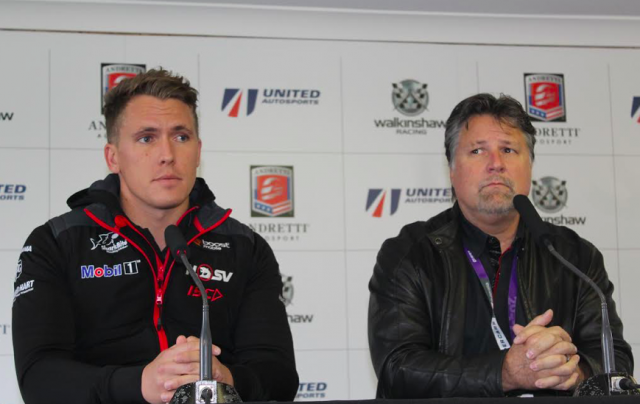 Ryan Walkinshaw says his organisation will step up its search to attract a new manufacturer to Supercars as it enters into a new partnership with Andretti Autosport and United Autosports.

The Clayton squad will enter into a new guise next year after renowned IndyCar outfit Andretti Autosport and McLaren Formula 1 boss Zak Brown through United Autosports completed a buy-in of the team.

The operation, which lost its Holden factory backing to Triple Eight last year, is committed to running Holden Commodores next year.

To be known as Walkinshaw Andretti United from next year, team owner Walkinshaw is hoping the new organisation will be able to align itself with a manufacturer.

Walkinshaw reiterated that the squad has no plans to run a Chevrolet Camaro in Supercars.

“No, that’s not a long-term goal or plan (to run a Camaro),” said Walkinshaw.

“We’ve been pretty open and honest that, as it stands today, our ideal situation will be to continue running Holdens next year, but there will be a renewed focus from myself and Michael (Andretti) to go and search for a new manufacturer going forward.

“It’s one of our key objectives, to start putting the search on and the feelers out for a new manufacturer.

“We’ve got some fantastic connections on the road car side of things with a dozen or so manufacturers and (we’re) very, very close with them.

“Michael’s got the same thing from the racing side in the US as well with international brands so, ideally, together we can go and put a big search out there and try and find someone.

“If we don’t get anyone, it won’t be for lack of trying, that’s for sure.”

Meanwhile, Andretti has confirmed that he doesn’t expect to enjoy immediate success in Supercars.

However, current Mobil 1 HSV Racing driver Scott Pye is hoping the new alliance will bring the team back to the front of the grid.