Mercedes pace ‘back to normal’ in Japan says Hamilton

Mercedes pace ‘back to normal’ in Japan says Hamilton 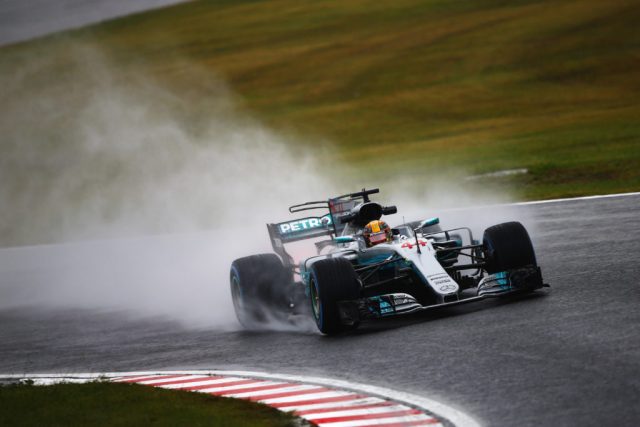 Lewis Hamilton believes the pace of his Mercedes is ‘back to normal’ at Suzuka heading into this weekend’s Japanese Formula 1 Grand Prix.

Mercedes struggled at Singapore before events afforded Hamilton an unlikely win, while last weekend at Malaysia it proved only the third fastest car behind Ferrari and Red Bull.

Hamilton had decided against racing the team’s latest update package at Sepang, as he felt more comfortable with the old aero.

He switched to the new package for Friday practice at Suzuka and, after finishing second behind Sebastian Vettel in a dry first practice, he said his car felt competitive again.

“It’s been an interesting day, the car is feeling much better than it was in Malaysia,” said Hamilton.

“The car feels back to normal, so I’m ready to race.”

Hamilton was quickest of the handful of drivers to do flying laps in the wet and truncated afternoon session.

“In FP2, there was a lot of rain, but it felt really important to go out and assess the track and see how the car was feeling as the car was not good in the wet in Malaysia.”

Team-mate Valtteri Bottas also found the Mercedes to be stronger than in Malaysia but reckoned there was still work to be done.

Bottas finished practice one down in fifth position, nearly a second off the pace, and did not go out in the afternoon session.

“The car did feel better than it did in Malaysia, but we still need to work on things to make the car quicker,” he said.

“As a starting point for the weekend, it definitely feels better than a week ago.

“My run with the soft tyres was good, but with the super-soft, I didn’t really gain any grip.

“So the main thing for me is to understand the super-soft performance.