McLaughlin: More time in the car after record Bathurst lap

McLaughlin: More time in the car after record Bathurst lap 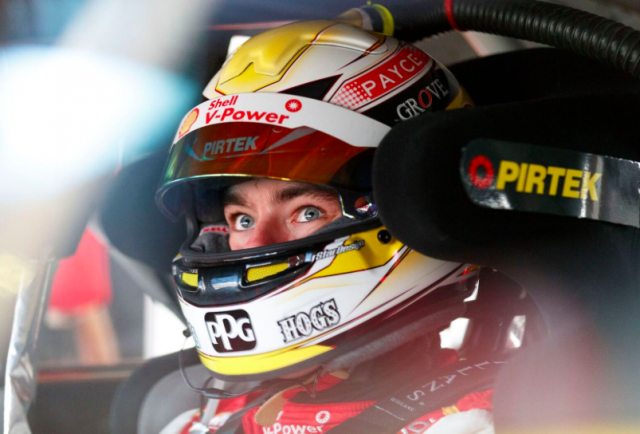 Scott McLaughlin believes there is more time in his Shell V-Power Racing Falcon after recording the fastest ever Supercars lap at Mount Panorama in Practice 5 for the Supercheap Auto Bathurst 1000.

The Supercars championship leader posted an impressive 2:04.1470s to smash the existing Supercars lap record, held by Jamie Whincup, by 0.8s, ahead of this afternoon’s qualifying session.

The 24-year-old believes he can dip in the 2:03s which is backed up by data from his best three sector times recorded in the session.

McLaughlin admits securing the record is a ‘dream come true’, but is aware there is still plenty of work to do before he can celebrate.

“I think looking at my theoretical 2:03s is a chance. You have got to put the lap together,” McLaughlin told Speedcafe.com.

“I think there is time but the track has got to work with you and I think we had perfect track conditions. We will find out in a few hours if we can go quicker.

“It is every boy’s dream to go fast around Bathurst and do the lap record, certainly it was a dream come true.

“I wish it was qualifying but at the end of the day any time you go fast around here is great.

“Coming into The Chase I thought this was going to be big. I made little mistake there, got caught up and lost a bit of time. There is no such thing as a perfect lap.”

However, he is downplaying the significance of the achievement ahead of Sunday’s race.

“It was impressive and when you look individual sectors the ultimate lap would have been very special indeed,” Story told Speedcafe.com.

“Hopefully we can carry that pace through to this afternoon and we can get both cars through to the shootout.

“We are focussing on our own program at the moment. This session was about making sure we were ready for qualifying.

“There is a degree of confidence that if we execute in the next session we will be close to where we want to be (for the race).”

Fabian Coulthard ensured both Shell Fords were under the previous lap record after he ended the session in fourth.

Qualifying is scheduled for 1550 local time.