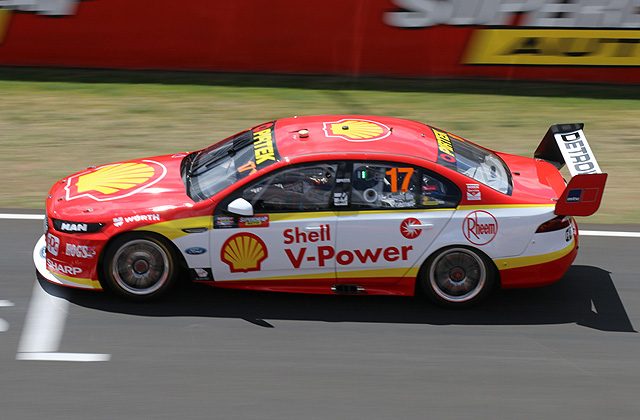 Scott McLaughlin has shattered the Mount Panorama track record in final practice ahead of qualifying for Sunday’s Supercheap Auto Bathurst 1000.

The leading six were all all under the previous practice record of 2:04.9097s.

McLaughlin started proceedings with a 2:05.4122s early in the session, which was soon bettered by Mostert.

Shane van Gisbergen threatened to offer the first 2:04s lap of the weekend, the Red Bull Racing driver stopping the clock at 2:05.2264s before being finally broken by Mostert, who set a new fastest ever lap recorded by a Supercar at Mount Panorama with a 2:04.7437.

Mostert’s time preceded a period of fast times, McLaughlin dipping below 2:05s before improving on the following lap to record a 2:04.3578s on an older set of tyres.

DJR Team Penske boxed McLaughlin and bolted on a fresh set of tyres, who promptly trimmed another two tenths off his best.

A final run saw McLaughlin produce the fastest lap of the session, a 2:04.1470 which could have been even quicker had it not been for a wobble onto Conrod Straight and at the exit of the Chase.

A mistake on Garth Tander’s best lap prevented him from joining those towards the top of the timing screens, ending the session 21st while team-mate James Moffat twice left the road in the opening minutes of the session.

The Garry Rogers Motorsport duo were in good company, with Cam Waters locking the brake into the Chase before running through the gravel trap.

Both Walkinshaw Racing cars also struggled to pull up under the brakes, Scott Pye and James Courtney both running off the road towards the end of the lap.