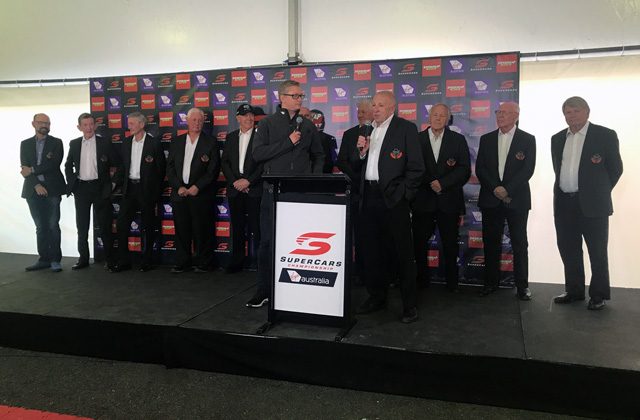 The first thirteen drivers to be inducted into Mount Panorama’s new Legends Lane have been revealed.

The concept of Legends Lane has been brought to life in line with this year’s theme of Heroes and Legends.

The lane will be constructed after this year’s edition of The Great Race and unveiled at the 2018 Supercheap Auto Bathurst 1000, with more legends to be inducted each year.

“The reaction from our fan base to the Heroes and Legends theme for this weekend’s event has been overwhelming,” said Supercars CEO James Warburton.

“This Mountain is truly a special place and there is no better way to honour the legends that are have created the memorable moments that are etched into our history.

“It’s fair to say that as a sport we haven’t done the best in the past in terms of honouring our legends, but that all changes.

“This is not a one-off, it’s something that will happen every Friday at Bathurst with the inauguration of more legends.

“This permanent legacy will sit just as you come in the main gate and for that we thank the Bathurst Regional Council for their efforts in putting this permanent tribute in place.”