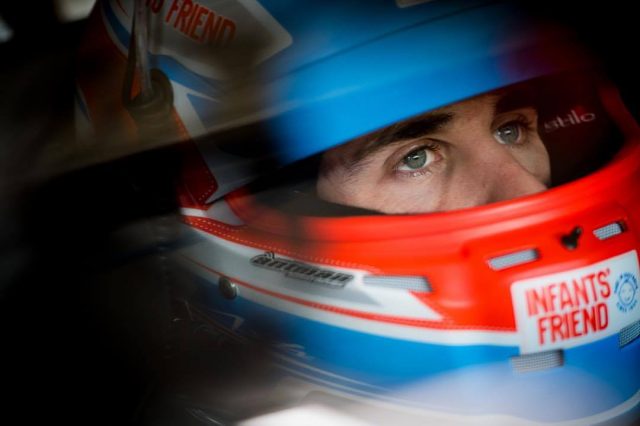 Ash Walsh has admitted that the injuries he sustained in a testing crash last week have ultimately ruled him out of racing in the Supercheap Auto Bathurst 1000 alongside Tim Slade this weekend.

Walsh crashed while testing a sportscar at Phillip Island last week, and was airlifted to hospital.

Cleared of any broken bones, Walsh did sustain a contusion on his lung and severe bruising which cast doubt over his participation in the Bathurst 1000.

A three-lap stint in Practice 2 behind the wheel of the #8 Brad Jones Racing entry afforded the opportunity to test himself, and while confident at the time a change of mind overnight will see Wlash sidelined for the remainder of the weekend.

“Yesterday (I) got those couple of laps in the car and although it was painful, at the time I thought it was probably going to be manageable,” Walsh said.

“I didn’t sleep much last night because of the pain, laying down on ribs is not an easy way to sleep.

“Woke up today feeling about 105 and short of breath and in a lot of pain. I thought I would call it early and give the team the best opportunity to do well.”

“It is a really difficult decision to make,” he added.

“Obviously I want to be out there racing and Sladey has got a really quick car so it is pretty disappointing to miss out on the big one, but at the end of the day I want to give the team to do really well and this gives them the best opportunity.”

Walsh’s decision has seen Andre Heimgartner step into the Freightliner Commodore alongside Slade.