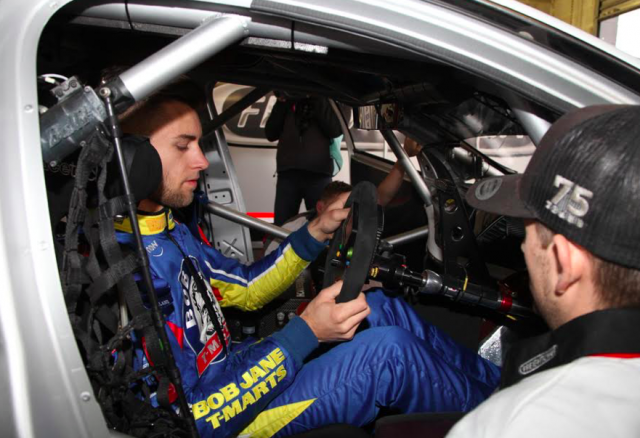 Andre Heimgartner has been drafted in to replace the injured Ash Walsh in the repaired Brad Jones Racing Commodore for the remainder of this weekend’s Supercheap Auto Bathurst 1000.

The New Zealander has been nominated to stand in for Walsh who is still suffering the effects of four fractured ribs, a contusion on his right lung and severe bruising following a testing crash at Phillip Island last week.

Walsh, who was set to co-drive with Tim Slade in the #14 car, was given medical clearance to take part in Practice 2 yesterday, 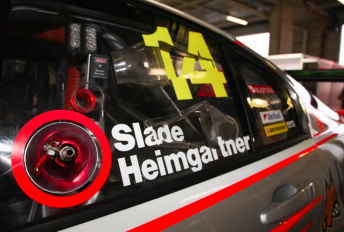 where he completed three laps in the #8 Nick Percat/Macauley Jones entry, before causing a red flag at The Chase.

The measure was taken after the #14 Freightliner Holden was ruled out of the majority of Thursday’s action after Slade suffered a heavy crash at The Dipper in Practice 1.

Heimgartner was placed on standby yesterday and is also contesting the Porsche Carrera Cup this weekend.

“Ash has not pulled up well today after a couple of laps in the car yesterday and it is not like you can have a reserve, he seemed today that he is just not ready,” team owner Brad Jones told Speedcafe.com.

“It is unfortunate and disappointing, but a good opportunity for Andre.

“We need him to just get in the car and stay out of trouble and I am sure he will be fine.

“We changed it (the nominated driver) today, Kim (Jones) has just been up and sorted it all out.

“I am sure he will be fine. We had a number of options for us and you know I think he will do a good job for us.

“He is here, he is running in something else, and he fits in the car – it is a bit of a tight squeeze but I think it will be ok.”

While the circumstances are perhaps unfortunate, Heimgartner is looking forward to the opportunity.

“Obviously no one wants to see a fellow driver hurt and unable to compete, and it is certainly unfortunate for Ash that he hasn’t been able to continue this weekend,” said Heimgartner.

“At the same time, I am very pleased that it was me that they called up to be on stand-by and ultimately take over the co-driving duties with Tim Slade this weekend.

“BJR is a great team and I am looking forward to working with Brad, Tim and all the crew who put in a mammoth effort overnight to get the Number 14 back in action after the damage incurred yesterday with Tim in the car.” 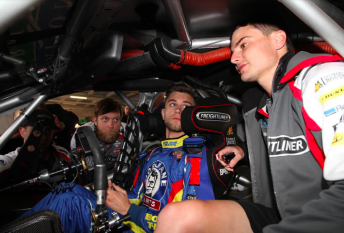 Brad Jones Racing were forced to work through the night to repair the car in time for today’s Practice 4.

Jones has hailed the efforts of his crew to complete the job.

“They have done an amazing job,” added Jones.

“The whole team, especially the guys who look after the car, Rob and Sammy, and the fabricators, Ben and Dave have come up here.

“Every single person in the team, Danny the team manager was here last night, Chris Clarke has driven bits back to Albury (team base).

“Everyone has put in to get this car back on track this morning and I am very proud of the job they have one, it is amazing.

“When other guys when they finished work on their car, they all came over and worked on this car, so great effort and hopefully we can reward their dedication by getting a result this weekend.”