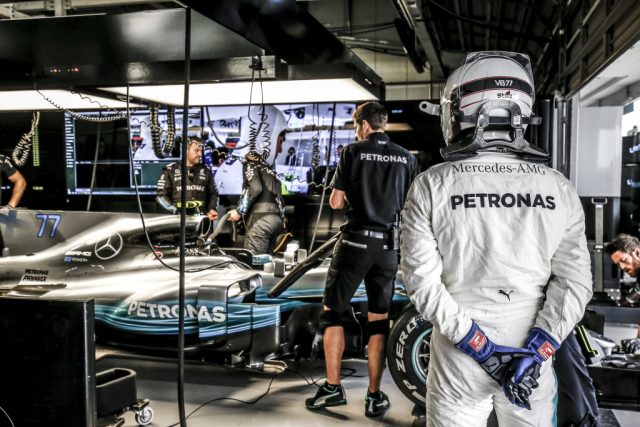 Valtteri Bottas will take a grid penalty in Suzuka

The Mercedes driver, who was fifth-fastest in the only dry session of the opening day, has copped the penalty for an ‘unauthorised’ change of gearbox.

Regulations states gearboxes must last for six consecutive races, unless they failed to finish the previous race.

Bottas had previously taken a five-place grid penalty for changing a gearbox at July’s Silverstone race.

The penalty comes as another blow to Bottas after a run of difficult races in which he has dropped to 59 points behind team-mate Lewis Hamilton in the championship.

Hamilton lapped over a second quicker than Bottas in first practice at Suzuka, beaten only by Sebastian Vettel’s Ferrari, before going on to top a washed-out second session in which Bottas did not set a time.

Carlos Sainz will also take a grid penalty after Toro Rosso opted to change a number of the Spaniards power unit components.

Sainz will drop 20 places on the grid after he received a new internal combustion engine, turbo and MGU-H ahead of opening practice.