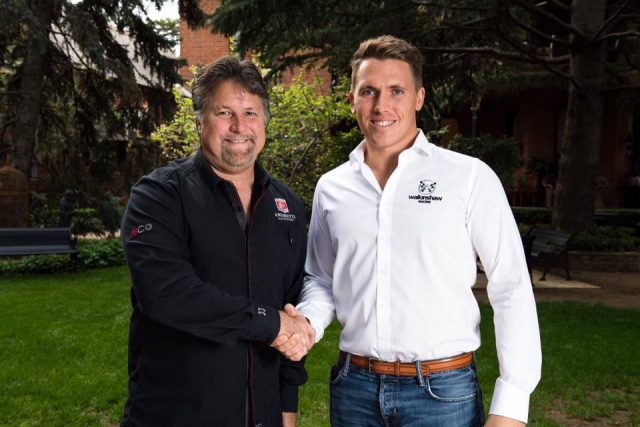 Michael Andretti is not expecting to replicate his IndyCar arch-rival Roger Penske’s success in Supercars right from the outset.

While Andretti is confident his organisation’s involvement will immediately benefit the new Walkinshaw Andretti United team from next year, he concedes it will take time to reach the front of the field.

“We’re not coming in here with any illusions that we’re just going to come in and kick ass,” he told Speedcafe.com.

“No, no, no, no. It’s going to be a project that’s going to take a while to get to where Roger is now.

“It’s taken him three years. I think we can have an immediate effect, but then to bring it to the level of Roger’s team out here is going to take a little while.”

Andretti was inspired by Penske to move into IndyCar team ownership when he retired from driving and is motivated by their rivalry.

“I want to compete against him,” Andretti said.

“He’s the benchmark in any series you go. Anywhere in the world, when he’s competed in something, he’s the guy you gotta beat.

“So, yeah, he’s our benchmark and that’s why we’re excited. If we can come down here and kick his ass, you’ve done something.

“So that’s a real challenge – and we like challenges.”

“We feel that there’s things that we do that we can help them with,” Andretti said.

“We basically want to help make it more competitive. And also I think the sheer brand of Walkinshaw and Andretti together brings a lot as well.

“But the biggest thing was that Ryan wants the team to be more competitive.”

As far as Andretti is concerned, a key asset he is bringing to the partnership is technical director Eric Bretzman, who helped transform Chip Ganassi Racing’s NASCAR team into a front-runner before switching to Andretti Autosport.

“Eric has a lot of experience in tin tops,” Andretti said. “Ganassi’s basically winning races (in NASCAR) because of him. He turned that team around.”

He explained that Bretzman’s interest in becoming involved in Supercars was a major reason for Andretti Autosport to link with the Walkinshaws.

“We mentioned it to him and he said ‘Oh, this would be awesome’,” Andretti said. “He thinks that there’s a lot of things that he’s learned that could help here.

“Especially after talking to Eric, we just felt that we can bring a lot to this team. I talked to Eric even before I had the meeting with Ryan and he’s like ‘There’s a lot of things that we can do to help’.”

Andretti revealed that he had been interested in adding Supercars to his race team portfolio since Penske took control of Dick Johnson Racing to form DJR Team Penske in late 2014.

“When Roger did it a few years ago, we started looking out of the corner of our eye, like ‘That’d be fun to do if we can figure a way how to do it’. We put a couple of feelers out there, but nothing ever came about,” he added.

After being put in touch with Ryan Walkinshaw by McLaren F1 boss Zak Brown, whose United Autosports team is the minority third partner in Walkinshaw Autosport United, Andretti jumped at the opportunity.

“Ryan and I met and, literally, I’m telling you, in half an hour, we had the basic deal,” he said.

“We’re like, ‘This is a great idea, let’s figure out how we’re going to do it’ because we just felt like we could help.

“When he explained what he wanted, my reaction was ‘We can do that’. This is exactly the way I wanted to do it if I was going to do it. So it was a perfect deal.”

Andretti is committed to being actively involved in the running of Walkinshaw Andretti United.

“I hear the updates and I’m part of making the decisions we need to make to push it forward.”

Andretti arrived secretly in Bathurst yesterday and is at the track today with Mobil 1 HSV Racing before returning to the USA tomorrow.