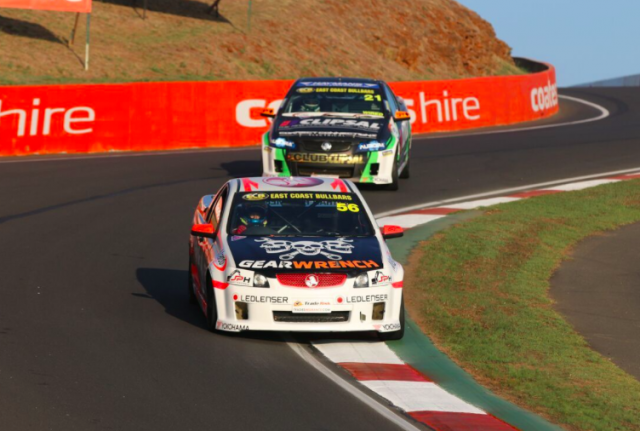 Nathan Pretty has taken pole position for Round 4 of the V8 Ute Racing Series at Bathurst in his first start since last year’s season finale.

Pretty (#56 Burbank Homes Commodore), who was also fastest in both practice sessions, will share the front row with Ryal Harris (#58 Bushranger Falcon).

Scotty Cameron (#11 Little Real Estate Commodore) escaped a late-session spin at Griffins Bend with just a scuffed rear bumper on the left-hand side as he qualified eighth, alongside Marcus Zukanovic (#71 LMF Constructions Falcon). Bowe topped the second practice session with a 2:18.8127, beating his own previous marker set at the start of the session.

In third was Adam Garwood, ahead of Ryan Hansford and Adam Bressington rounding out the five.

Earlier, Ketih Kassulke’s weekend came to an early end after making contact with the wall at the Grate.

The car appeared to suffer a right front tyre failure which saw it understeer wide, the glancing impact heavy enough to end its participation.

Touring Car Masters is back on track at 0810 on Friday morning for Qualifying, its only session of the day. 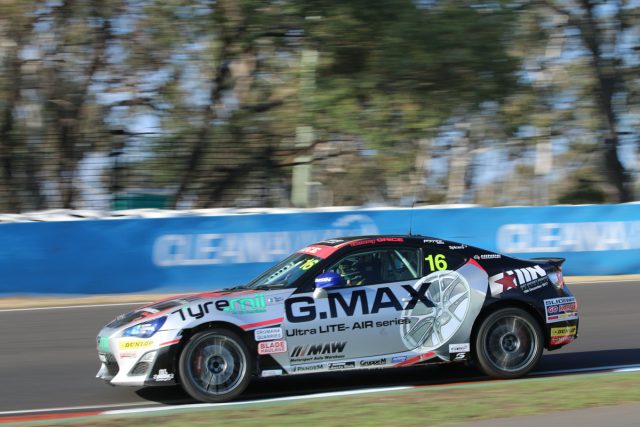 Ben Grice has set the fastest lap of the day in the morning’s first of two 20-minute practice sessions.

The son of two-time Bathurst 1000 winner Allan was 2.4s slower as he finished third in an eventful Practice 2, sliding off-road at both Skyline and The Esses during the session.

Cameron Hill was second-fastest for the day by virtue of his Practice 1 personal best, despite being fastest in the afternoon.

Series leader Jimmy Vernon finished third-fastest as the top seven all set their best laps in the earlier session.

Toyota 86 is first on track tomorrow for Qualifying at 0740.