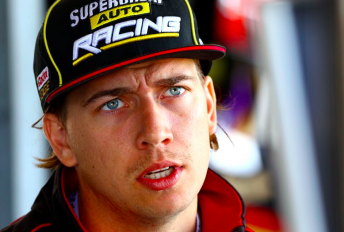 The Prodrive Racing Australia driver clocked a 2:06.30s effort in the final moments of the 60 minute session.

Mostert shot to the top of the times prior to the first of two red flag periods, which was caused by Brad Jones Racing’s Tim Slade.

The South Australian lost the rear of his Holden resulting in him finding the barriers at the Esses, before a secondary impact in the the wall at The Dipper.

The session was halted just prior to the halfway mark before a further stoppage in the final 20 minutes, when Lucas Dumbrell Motorsport’s Alex Rullo found the wall at Forrest’s Elbow, which resulted in damage to the front right of the Holden. 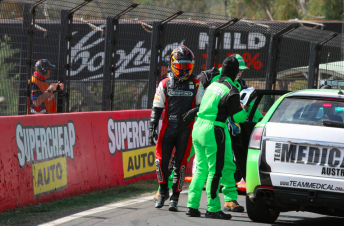 A flurry of fast times merged in the final 10 minutes when action resumed.

Mostert was among a group to improve as he posted his benchmark time that was four tenths slower than the pace set in opening practice last year.

Todd Kelly was third after recovering from an oil leak earlier in the session with the Nissan driver ahead of Shell V-Power Racing’s Fabian Coulthard and Nissan team-mate Michael Caruso.

Coulthard and Caruso both enjoyed spells at the top of the times. 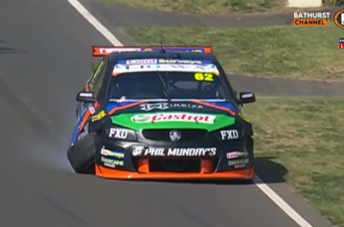 Championship leader Scott McLaughlin claimed seventh ahead of Erebus Motorsport’s David Reynolds, who had a brief spin early in the running.

Rick Kelly finished the session ninth after recovering from an issue that saw smoke fill the cabin in the opening minutes.

Garth Tander was left to settle for 11th having top the times early in the session, while Mark Winterbottom (Prodrive) was 16th spot.

Supercars co-drivers will jump behind the wheel for the next 60 minute practice session at 1235 local time.