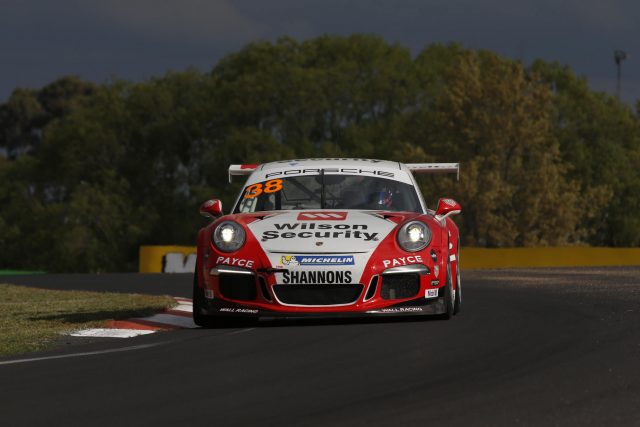 Wall, who had been sharing the Supercar of Todd Kelly throughout the day, jumped straight into his Porsche and was on the pace from the outset.

He did have a miscue early, when he locked the rear brakes and slid into the Hell Corner sandtrap.

That was the only stoppage in the 50-minute session as Wall, Andre Heimgartner, Jaxon Evans and another Supercar co-driver, Alex Davison, continued to drop their lap times.

Heimgartner was fastest as the clock went to zero, but Wall eclipsed the Kiwi by 0.3915sec on his final lap.

In the Tag Heuer Carrera Challenge, returnee Max Twigg set the pace for most of the session before he found the fence after Skyline. He was able to drive the car back to the pits, but his crew will have a late night making repairs.

Qualifying in the Carrera Cup will be at 10am local time on Friday with the opening race of the weekend set down for 2.05pm. That 16-lap race also counting towards the Endurance Cup in the Porsche series.