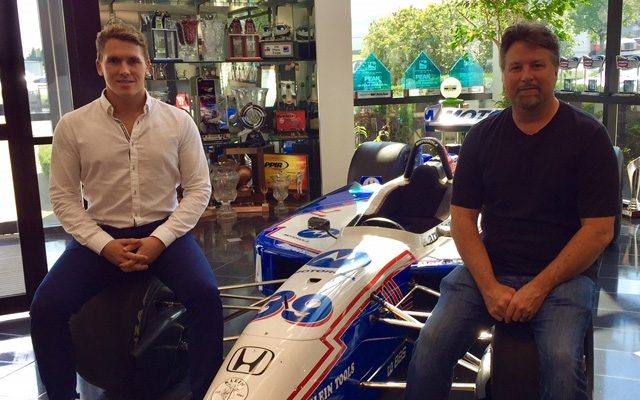 Michael Andretti is excited about joining the Supercars fraternity in 2018 and suggests it could prove a gateway for Andretti Autosport drivers to compete in the championship.

Announced tonight at Bathurst, it was confirmed that Andretti and Zak Brown will become partners in Walkinshaw Racing from January 1, 2018 through Andretti Autosport and United Autosports respectively.

The deal will see Walkinshaw Racing rebranded Walkinshaw Andretti United, and opens the way for Andretti’s stable of drivers to compete in Supercars should the opportunity arise.

“Our drivers will jump at a chance,” Andretti said on Fox Sports News.

“Marco, my son, drove down here a few years ago and really enjoyed it, and I know guys like Ryan Hunter-Reay would love to get in these things. I think that could definitely happen.”

The deal between Andretti and Walkinshaw Racing boss Ryan Walkinshaw was brokered by Brown, who will become a minority share-holder in the agreement.

“It was suggested by Zak Brown for (Walkinshaw) to call me and talk about the Supercars,” added Andretti.

“He came, visited us and in a half-hour we had a deal.”

The former racer admitted the opportunity to compete against Roger Penske was a contributing factor to his decision.

“I’m hoping we can help a lot with the competitive side,” Andretti said.

“There’s a lot of things that we do back in the States that hopefully we can help out here, and make the cars even more competitive than they are today.

“Zak brings a commercial side. He has so many contacts for sponsorships and things like that so it’s really a great match.

“I think the three of us are really going to get along well, and work together well, and hopefully put together a successful programme.”