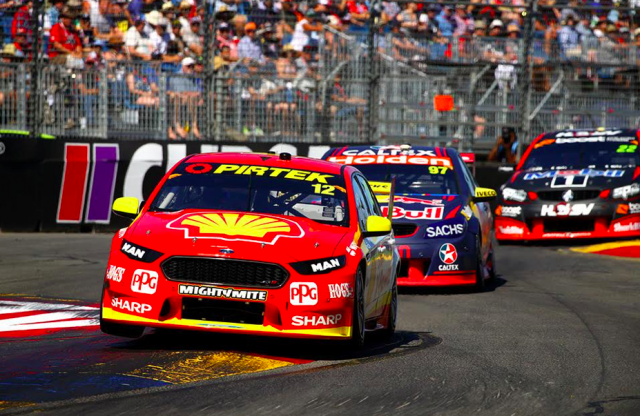 The Virgin Australia Supercars Championship will be contested over 16 events next year following the release of the 2018 calendar.

The season will be held over a 38 week period beginning with the Adelaide 500 from March 1-4, before concluding at the Coates Hire Newcastle 500 (November 23-25).

Next year will see the schedule expand following the addition of a brand new event at South Australia’s The Bend Motorsport Park and a maiden championship round at the Formula 1 Australian Grand Prix.

As confirmed on Tuesday, the campaign will also include a night race with the introduction of the Red Rooster Sydney Super Night 300 at Sydney Motorsport Park on August 4.

Meanwhile, The Bend Motorsport Park will host a Super Sprint round at the $110 million dollar facility currently under construction at Tailem Bend.

The championship will be contested in Australia and New Zealand with the Auckland Super Sprint retaining its November berth.

As previously confirmed the Gold Coast 600 will avoid clashing with the MotoGP Australian Grand Prix, while the Newcastle 500 will be held a week after Rally Australia.

“We have added two new feature events in the Australian Grand Prix and Tailem Bend while improving our continuity and momentum through the season,” said Supercars CEO James Warburton.

“Competing for Championship points for the first time at the Australian Grand Prix has been a long-term goal for our sport and we are honoured to be able to do so on such an international stage.

“Tailem Bend will be a premier motor racing circuit in Australasia and one we are delighted to be making our debut at in August, as part of an initial a four-year deal.”

Warburton says the series is continuing to pursue an expansion into Asia with Supercars signing multiple agreements for future races in the region.

“We are making strong progress with our Asian promoters and are committed to these being sustainable long-term rather than short-term opportunities,” added Warburton.

Teams will be eligible to compete in Super Sprint rounds at Winton, Darwin, Ipswich and The Bend Motorsport Park.

The championship has also confirmed a seven event Dunlop Super2 Series schedule, which will see Bathurst return as a points paying event along with a trip to Perth in May.

Adelaide will kick off the season in March ahead of trips to Tasmania, Perth, Townsville, Sandown and Bathurst, before the Newcastle finale in November.