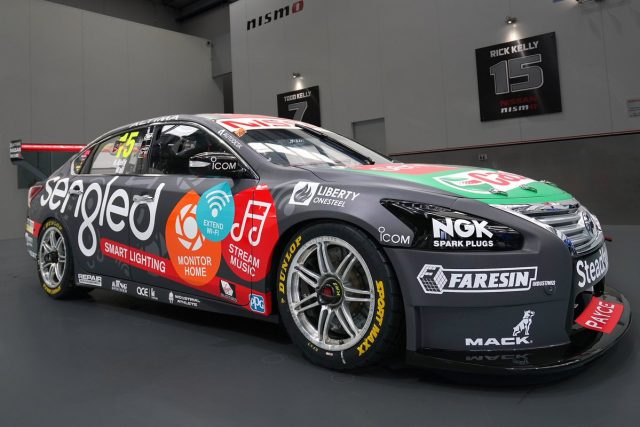 The #15 Sengled entry, which Rick Kelly will share with David Wall, will publicise the lighting and connectivity brand’s wi-fi and music streaming capabilities.

“The livery looks extremely strong. I think it’s important to drive a car that looks as aggressive as that one does,” said Rick Kelly.

The two-time Bathurst 1000 winner has also spoken favourably of the reversion to the 2016-specification Dunlop hard tyre for this weekend’s race.

Nissan Motorsport’s struggles this year have coincided with the introduction of the new shape of tyre, but Rick Kelly is confident that the team’s 2016 baseline will hold them in good stead for the Bathurst 1000.

“The fact we’re changing back to the 2016 tyre is pretty significant,” he explained.

“It certainly puts our mind at ease because the chances of them failing are far lower than the current tyre.

“We set-up our cars quite differently for each event we go to. So we’ve got a lot of data from the Bathurst 1000 on that tyre.

“We’ll have to take a few things out of the car that we’ve progressed from that 2017 tyre to make the most out of it.

“It’s a good move for us and should put the tyre out of our mind.”

The sister #23 Altima of Michael Caruso and Dean Fiore will also sport a new look with sponsorship from BIG4 Holiday Parks for The Great Race.

Todd Kelly’s Altima, which will also be driven by Jack Le Brocq, will run as #20 to mark his 20th start in the Bathurst 1000. 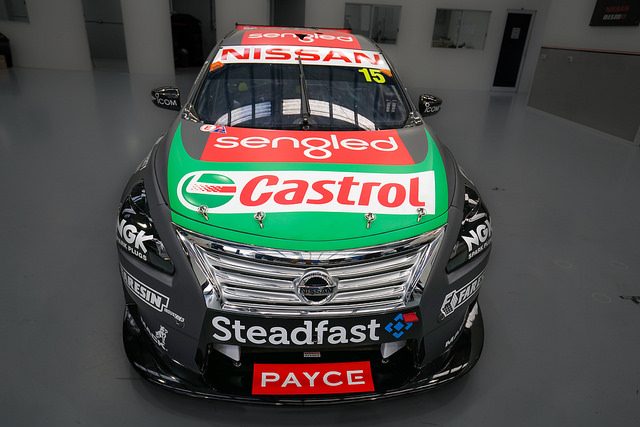