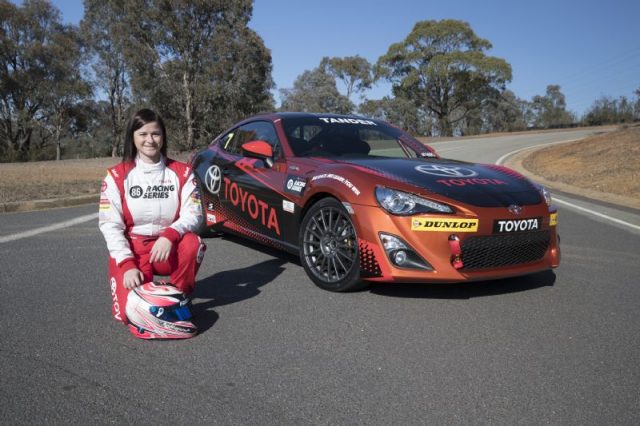 Leanne Tander will join David Brabham as the invited drivers for Round 4 of the Toyota 86 Racing Series at Mount Panorama.

Tander’s last start in an 86 came when she served as an invited driver at the corresponding round in 2016, having also driven in the series at Winton and Sandown.

Brabham will make his debut in the series in a livery which pays tribute to his father Sir Jack’s 1966 Formula 1 drivers’ and constructors’ championships.

The start will be his first at Mount Panorama since the 2015 Bathurst 12 Hour.

“Bathurst is special for a driver with the crowd, the atmosphere and the unique circuit layout,” said the 2009 Le Mans 24 Hours winner.

“The young guys should relish this, stringing together the mountain’s fast corners in a sports car as agile as the Toyota 86 is and showing their talent on a big stage.”

Jason Bargwanna, who won the 2000 Bathurst 1000, and Rick Bates will fill the roles of the non-driving mentors.

Jimmy Vernon leads the series by 90 points over Cameron Hill, who has swept the last two rounds.

The round gets underway with two practice sessions on Thursday 5 October.