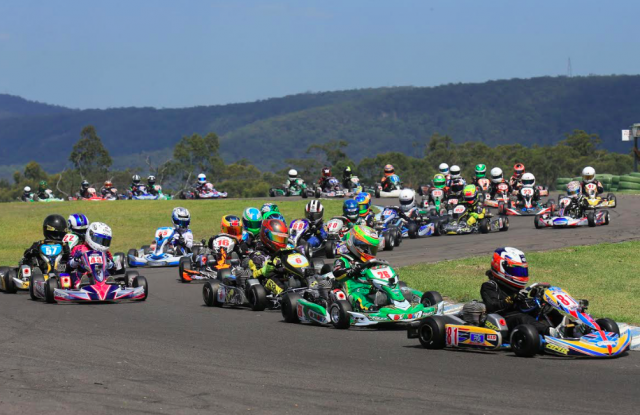 Albury will host its first Australian Kart Championship round as part of a five-round 2018 calendar.

Karting Australia has released its national event calendar for next year, which includes confirmation also of the Rotax Pro Tour and provisional state calendars.

The AKC calendar features four of the five circuits which featured in 2017, though the order has been shuffled slightly.

South Australia’s Monarto Karting Complex moves from Round 3 to Round 1 on February 23-25, a fortnight later than this year’s season opener in Newcastle.

Albury Wodonga Kart Club takes over from Geelong to host Round 2, before the championship moves on to New South Wales’ second-largest city.

Emerald Kart Club in Central Queensland will host an AKC round for the second time after debuting this year, before the traditional finale at Port Melbourne’s Todd Road.

State calendars have provisionally been announced, with confirmation expected in coming weeks.

** To be advised after further advice is received from Karting Victoria