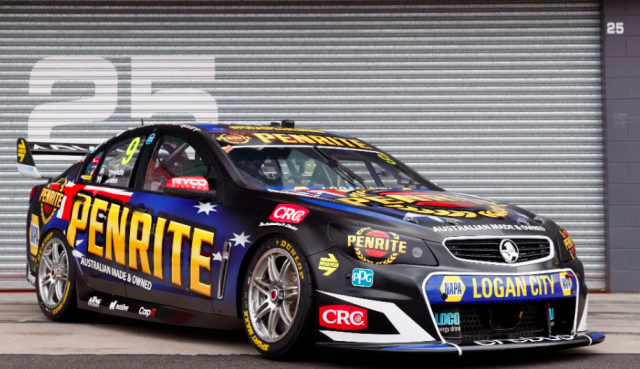 David Reynolds will adopt a new Australian themed livery on his Erebus Motorsport Commodore for this weekend’s Supercheap Auto Bathurst 1000.

The Melbourne squad has opted to replace the gold hues on the Holden with a Australian flag on the flanks and bonnet of the Penrite backed #9 entry.

Australian firm Penrite is the official oil and lubricants partner for The Great Race.

This year marks the second time the Penrite Holden has run a one-off livery at Mount Panorama.

“I think the car looks great, and it’s exciting to be able to show off Penrite’s heritage,” said Reynolds.

“Bathurst is Australia’s biggest motor racing event and you can’t get any more Australian than this.

“This is by far the best weekend of the year and there’s no reason why we can’t have a good one.

“It’s the one you really want to win and I’m really looking forward to seeing how we go; we’ve got a few ideas up our sleeves and hopefully they pay off on Sunday.” 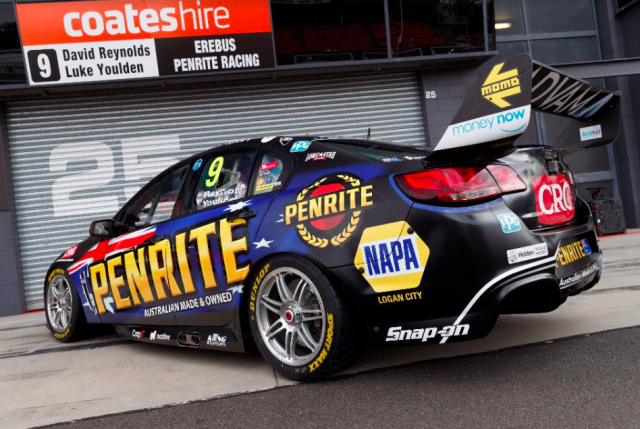