Burgess back with Tekno at Bathurst

Burgess back with Tekno at Bathurst 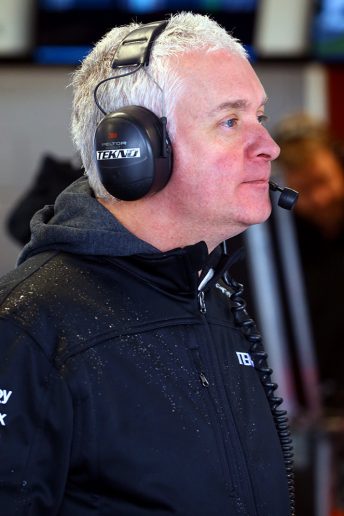 Adrian Burgess has rejoined Tekno Autosports in a consultancy role for this weekend’s Supercheap Auto Bathurst 1000.

Burgess had been away from the Supercars paddock since May following his departure from the team principal role at Mobil 1 HSV Racing.

He was tasked to oversee Tekno’s operation at Sandown and has since provided feedback to team owner Jonathon Webb.

“I’m not going to go into detail, but part of what Jonathon’s asked me to do is have a look at everything and everybody and where we can improve it or where they can improve it.

“That’s a process that doesn’t just happen over three days, so this weekend’s another weekend to sit back a little bit and see how they operate and see where I can help contribute.

“While I’m here I need to try and contribute and hopefully we have a good weekend, but then Jonathon and myself will chat again and I’ll give him an update on areas where we think the team can do a better job.”

Burgess says he is unsure if an opportunity to join the team next year will arise.

“Who knows. Jury’s still out. It’s only early days,” added Burgess when asked about his plans for 2018.

“There’s other things I’ve been working on in the meantime in the last few months that are bubbling away in the background; picked up a bit of contract work and things like that I’ve been doing.

“Definitely no decisions are made yet and they won’t be for a while.”

However, the chance to be back in the Tekno garage for the Bathurst 1000 is an opportunity he is looking forward to.

Defending winners Will Davison and Webb will once again team up in the #19 Commodore for this weekend’s Mount Panorama classic.

“Often everybody goes home apart from one car crew disappointed because you always feel it’s the one that got away.

“You can never count yourself out. We were in a good place in my last team to win it last year, so we went home disappointed that one got away.

“But you never know which side of the coin you’re going to be on. It’s hard to win it.

“It’s very hard to win it. That’s why it makes it such a good event.

“It’s like a Macau or a Le Mans or a Daytona or something.

“You know you’ve done a good job across the whole week and even in the preparations in the months leading up to it if you and go home with the silverware.”